Greenhouse in a Hailstorm

Sidney Roundwood's blog (a MUST for any I WW wargamer) recently got a post commenting a Mud & Blood scenario called "A Greenhouse in a Hailstorm" played in the latest Beer & Lard Day. The game simulated the first days of the Battle of Cambrai (November 1917) and the combats to control some of the foprtified villages in the area (/Bourlon Village, Flesquieres...). I thought it was an interesting scenario to play with my collegues at our local club, and here is the after action report. 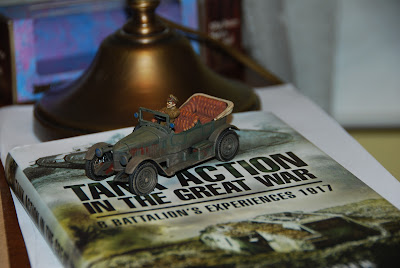 I knew I could not resist the temptation as soon as  I saw the model in Sidney Roundwood's blog. So I retraced his steps and here I have today my British Army command car ready to go into action.

A relatively recent post in Sidney Roundwood's excellent blog (a MUST for any IWW wargamer fan) about the British Tank Corps in I WW, prompted my curiosity about the development of the German Panzers during the Great War.

Email ThisBlogThis!Share to TwitterShare to FacebookShare to Pinterest
Etiquetas: IWW

In this second entry of the Wargaming Table I explain how to build barbed wire sections for First World War games. As in the previous entry I was looking for a simple, efective and cheap solution and here I show the results

Battle for Crete (3): The Hornet's Nest 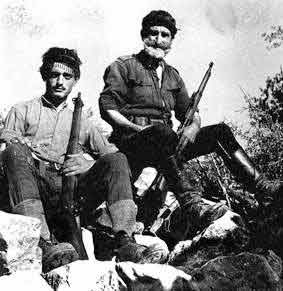 The third scenario of the Crete campaign was played today in our local club. Unfortunately a second defeat for the Greek forces, but again only after a fierce resistance that checked the Germans paratroopers for the most part of the game. An ill-planned counterattack of a Greek squad (and some very fortunate dice results of the Germans) broke the fighting capacity of the allied army that was bounded for a defeat in that same moment.