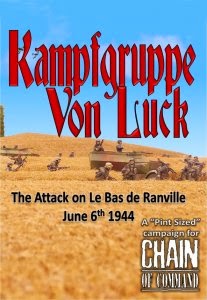 On the trail of 29 Let's Go! TooFatLardies has released the second of its pint-size campaign supplement: Kampfgruppe von Luck, dealing with the counterattack of the 21st Panzer Division on the British paras defending the bridges on the Orne river.

The book follows the campaign structure and narrative presented in At The Sharp End, and as usual with the TFL publication it includes lots of bakground and historical information, together of course with all that needed to play the campaign straight forward (mpas, OB lists, special instructions, etc). I´ll need to re-read the excellent von Luck memoirs book again!! 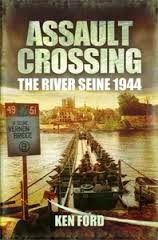 The authour narrative deals in detail, at company level, the confusing battle that developed, lasting less than a week between the first crossings attempts until the bridgehead was finally consolidated, resulting a high cost in men on both sides.

The book is illustraded with a few but very usfuel maps and offers a lot of inspiring materials for nice campaign with Chain of Command, with the possibility of fielding a Tiger Tank (there were actually 2 of these AFVs operating in the area) if you fancy that. I strongly endorse this work.
Publicado por Anibal Invictus en 22:11 2 comments:

Desert Campaign Game # 1: Indians and Panzers Do Not Mix Well 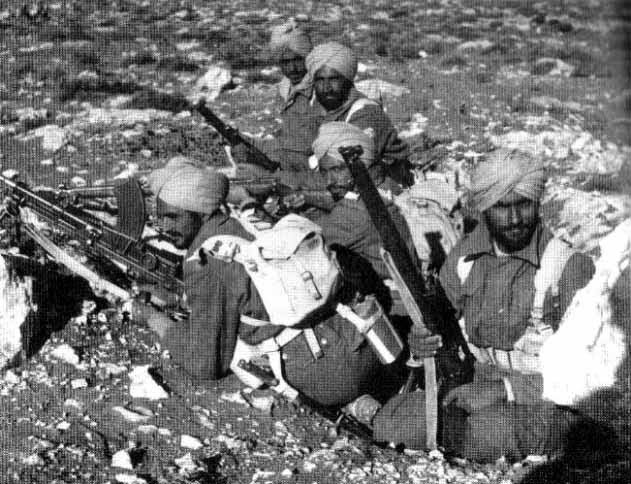 The first game of the campaign played this morning resulted in a quick Axis victory... so quick that there not a single shot was fired before the British troops rushed off the table in a stampede!

But before the report let's talk briefly about the background. As posted yesterday, ours was designed as a short 3 scenarios campaign with a maximum of 6 games, following the recommendations included in At the Sharp End, the companion scenarios booklet to Chain of Command. 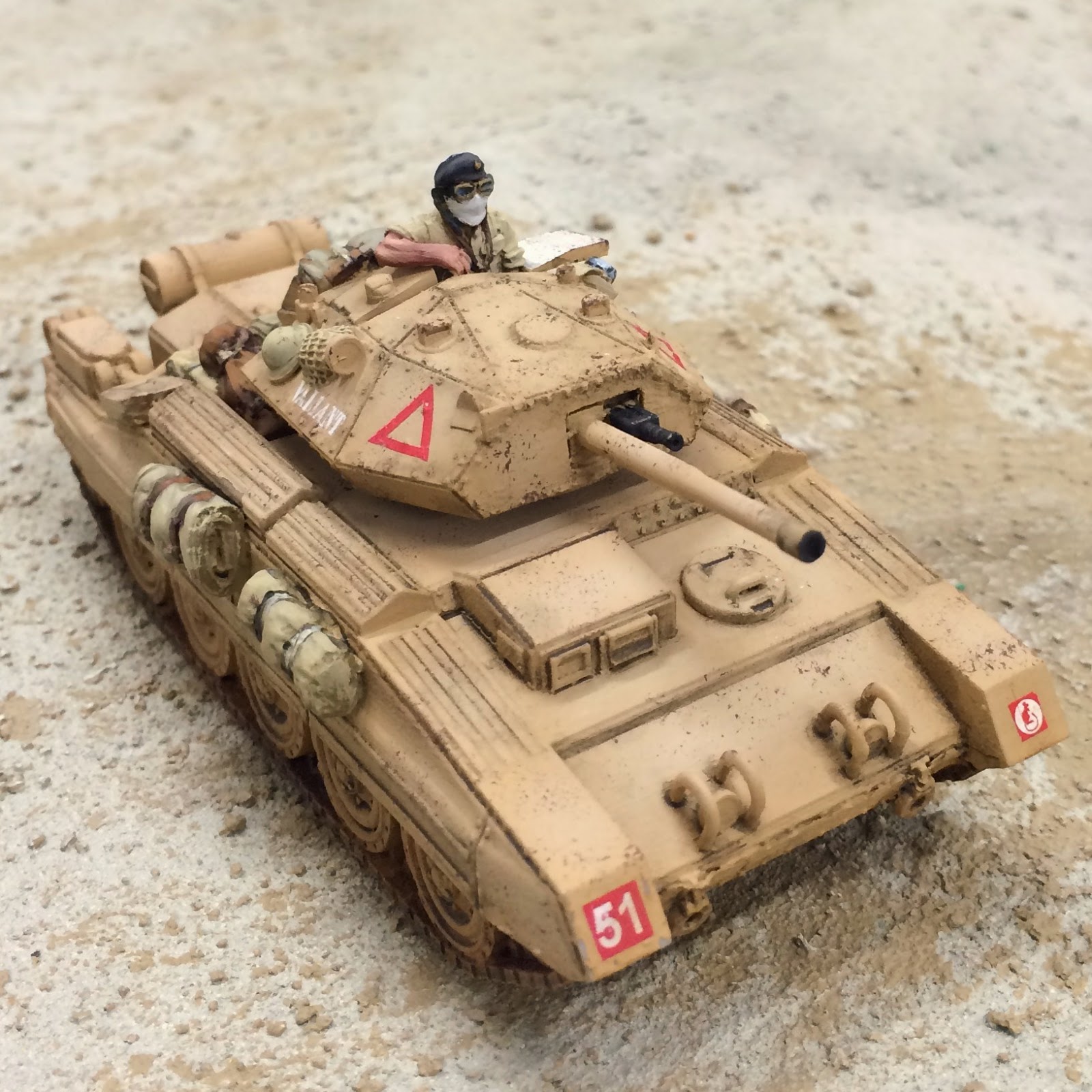 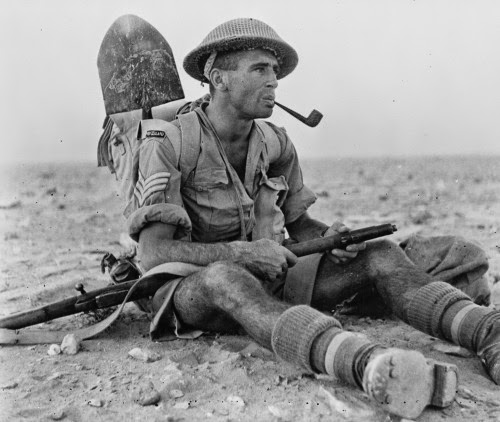 After a couple of casual games in North Africa in the last weeks, my gaming group and I have decided to embark ourselves in a new short campaign for Chain of Command. Campaigns are truly more fun to play than individual encounters, as decisions taken today on how to use your force and spend your precious assets) can have a dramatic impact in the following games.

I took the lead and have arranged the campaign, acting as umpire or taking an active seat if any of the players fails to attend one game (I will only take tactical decisions, but will not intervene in the selection of supports or the general strategic decisions).

The context will be the rearguard actions of the Axis forces in the winter of ´41, with the British taking the initiative. With six players signed, we'll play a
Big Chain of Command campaign, each force comprising 2 infantry platoons and 1 tank troop.... with a tweak that I cannot disclose now (but I promise to release the full details once we finish).

This will be a 3 rungs campaign as described in At the Sharp End with a maximum of 6 games allowed, covering an attack on the main defence line of the Axis (scenario type "Attack Defend"), a pursuit (a scenario type “Delaying Action") and the objective ("Attack on an Objective" scenario).

The first game will take place on Sunday* so stay tuned next week to read the first battle report here.

*The Spanish weather office  has activated a cold weather alert today and ofr the rest of the weekend... just a thought came to me this afternoon: wouldn't it be ironic if we have to cancel the desert game because of a snow storm? 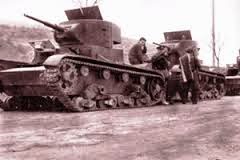 The following is not a battle report but a full Spanish Civil War scenario to play with Big Chain of Command. The Battle of Seseña is a pretty obscure episode of the war, a failed Republican attempt to stop the Nationalists offensive over Madrid in late october 1936. However it was a most remarkable action, the first involving a fairly large armoured column since the First World War and also the first tank-vs-tank battle of the Spanish Civil War.

The scenario has been designed by my ganing chum Alfredo Vitaller, also the author of the Bloody November-Madrid 1936 Campaign reported in this blog and also published as an independent article in the TooFatlardies Christmas 2014 Special.

The photos included in this article were shot at the game played at Club Dragón just before the Christmas period. Most of the minis and vehicles were painted by Kate War Painting 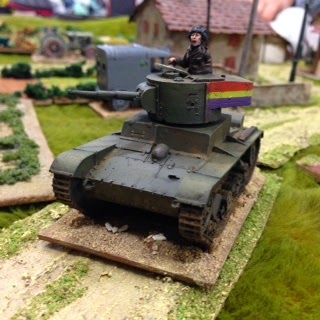 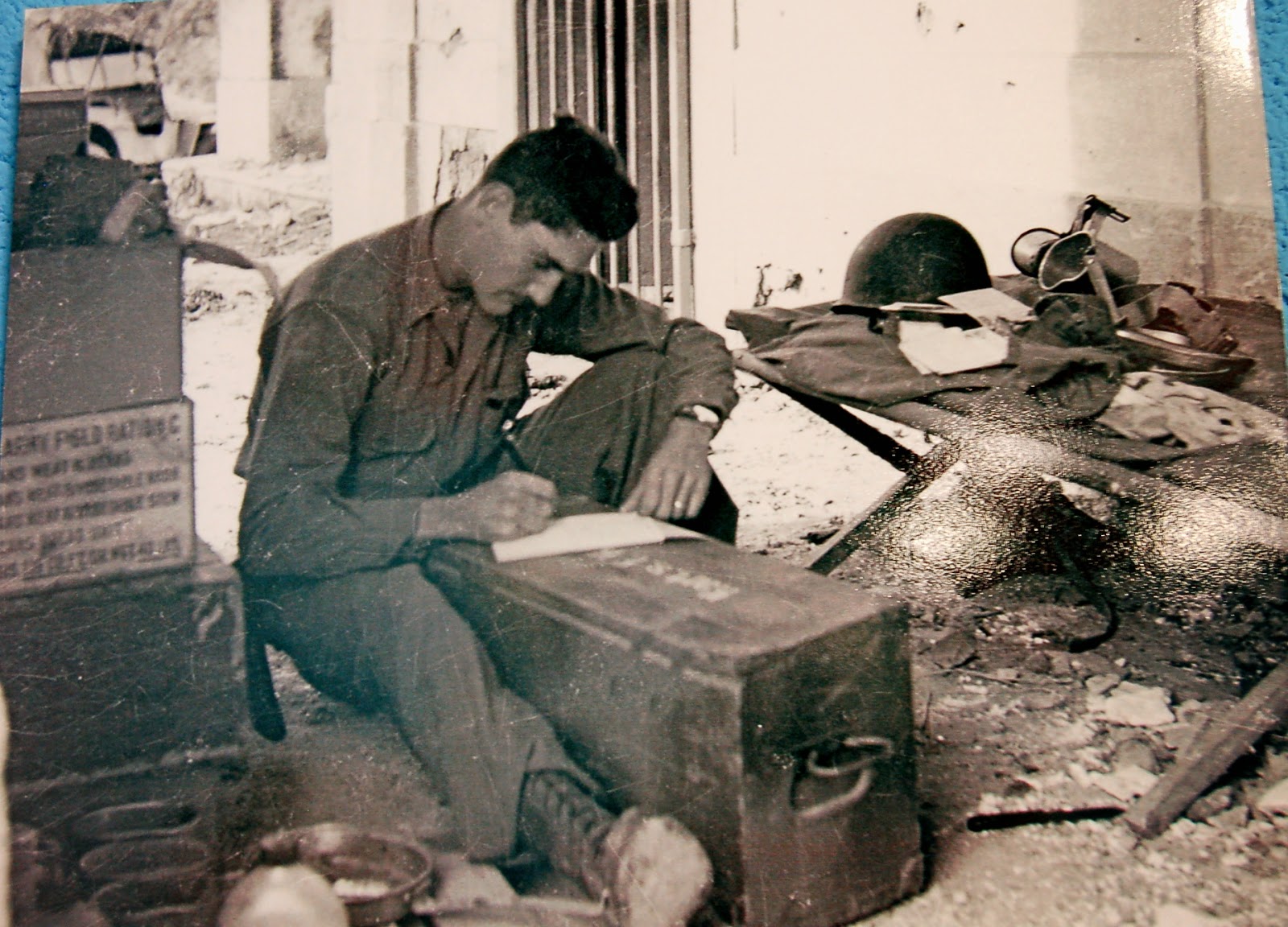 Richard Clarke of TooFatLardies announced today in the TFL Yahoo group that a full revision of the current army lists for Chain of Command will be undertaken over the next days and that an effort to cover the remaining war periods and theaters (Eastern Front 42-43???) will follow. Excellent news for CoC aficionados, in line with the interview at the Christmas Special stating that CoC materials will be a main focus of attention in 2015.

Those suscribed to the Yahoo group can contribute to this effort, as the new draft lists are being uoploaded in the Files Section. As I write this post, the Poland an Germany  1939 revisions have been released for comments from any interested Group member.

Charlie is us all 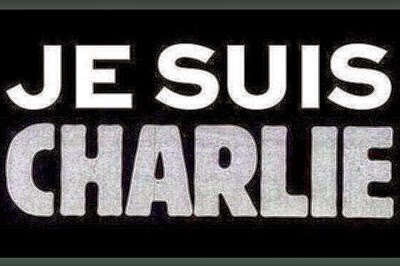 Don't think I need to comment, all is been said ...
Publicado por Anibal Invictus en 11:47 4 comments: 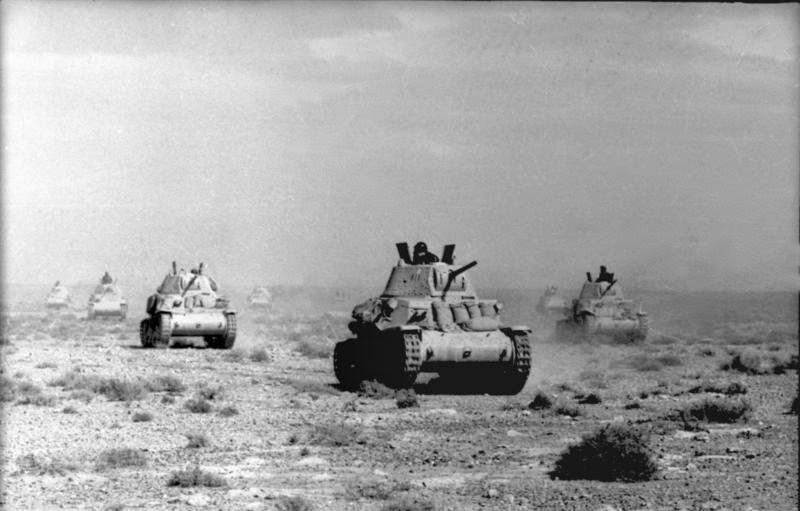 My 2015 gaming season opened today with a Big Chain of Command Game in North Africa. The game confronted an Italian infantry platoon (green) and one Italian (M/13) and one German DAK (Pz III and IV) armoured squadrons vs. two Empire’s infantry (regular) and armoured squadron respectively.

The scenario chosen was an Attack & Defend from the Chain of Command main book, winning the game the attacker if forcing the defender out of the table due to casualties or drop in the Force Moral to zero, while maintaining a Force Moral of at least level 3 himself. 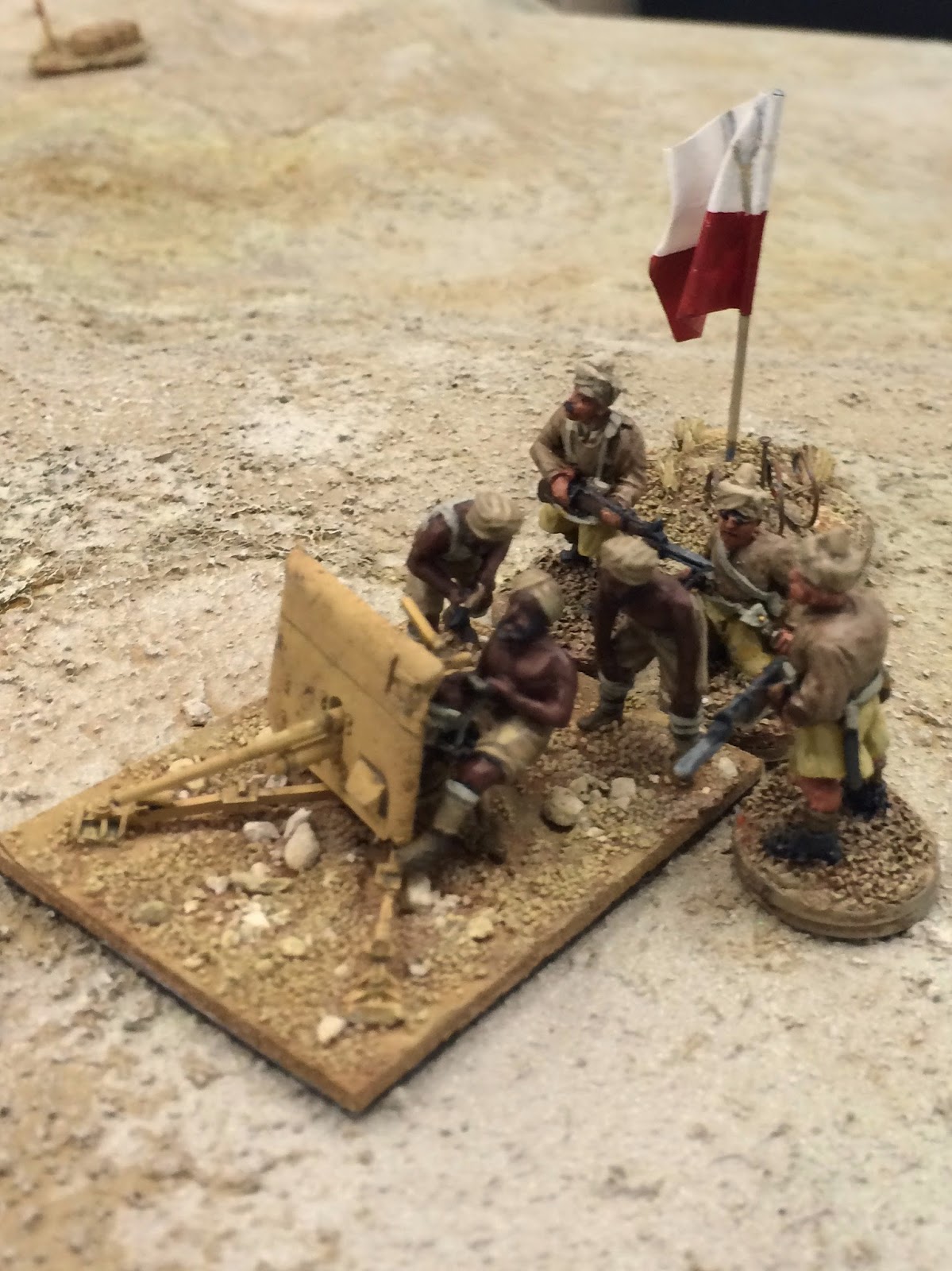