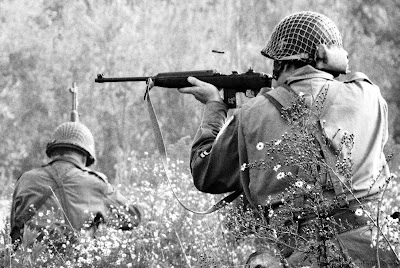 Welcome to the second entry of my Chain of Command Diary, a series of ocasional posts describing my impressions while testing the incoming II WW skirmish rules to be published by TooFatLardies in the summer of 2013.


Topic of today: patrolling and deployment... and no, this is not teletransporting!
If I mention the word “blinds”, those familiar with the TFL rule-sets will immediately grab the meaning. Physically, blinds are some large markers used in almost all of the TFL games to undertake the initial deployment and moves of the units in a game. By using blinds, you deny the opposing player knowledge about the size and composition of the forces approaching his lines. Troops in blinds enjoy several benefits like usually moving at a faster rate and avoiding being fired by the enemy until “spotted”.

Blinds reflect “enemy activity” in an area of the table and helps mitigating the “bird-eye” advantage of the most traditional games. Furthermore, using the so called “dummy blinds” patrols can be simulated: small detachment of forces whose only role is to find the enemy and return as quick as possible to inform its own force leaders. These can move and spot, but never engage in a firefight.  Blinds as a game mechanism creates uncertainty and enhances “friction” in the battlefield.

In Chain of Command blinds have been ditched and replaced by a new pre-game mechanism called the “Patrol Phase”.  Well, I may be too aggressive in my wording; let’s just say that blinds has suffered an evolution and transformed into a new mechanism to simulate the initial steps of a force before engaging with the enemy.
Read more »
Publicado por Anibal Invictus en 21:04 9 comments:

Another Amazon Giveaway: Decision in the Ukraine 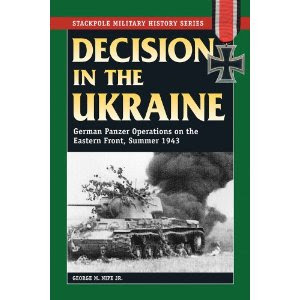 Another free ebook provided by Amazon, This time Decision in the Ukraine, dealing with the German armoured operations in the summer of 1943. Whether it is a good or a bad book, difficult to assess: It has only 3 reviews with an average of 3.7 stars, but distributed at extreme ranges ( 2 x 5-star and 1 x 1-star reviews). I catched news on this in the TooFatLardies Yahoo Group,  and at least one member suggests that there's plenty of material to play with I Ain't Been Shot Mum.

Whatever the case, good or bad, you have nothing to lose (except some of your precious time) and it is a "very economic way of feeding my reading stack", as another Yahoo Group member rightly points out. 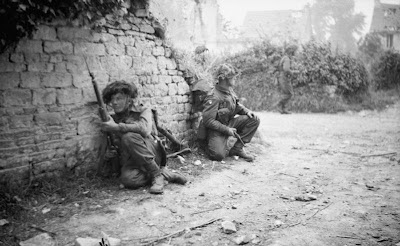 As I had the opportunity to comment a couple of weeks ago, we've been invited by Richard Clarke of TooFatLardies to participate in the test phase of its new II WW skirmish-level rules Chain of Command (referred as “CoC” from now on), expected to be published in the final form by the summer.
After playing a few games in our club with the draft rules versions, I'd like today to start now a series of occasional posts commenting our impressions and assessment, as well as illustrating some of the mechanics and the philosophy behind  the game.
Topic of today: when "skirmish" is truly skirmish
I cannot emphasizes more that CoC is a truly skirmish-skirmish game, where 1 mini on the table represents 1 man, and 1 model a vehicle of some sort (soft skin or AFV).
At this level of play, you are expected to command a force the size of an infantry platoon with the appropriate support to that scale: an MMG/HMG, a specialist team of engineers with a flamethrower or a tank killer team, (very) light mortars and some limited armour support (one tank, half-track or Bren carrier). 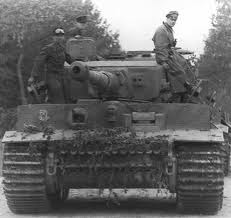 This is just to call you attention about a book called "Tigers in Normandy". For some reason that I don't know, at least today is FREE for Kindle. If you want yopur copy, just click here. It got some very good reviews by readers, with a rating of 4.5 out of 5 stars on average. I´ve already downloaded my copy!!
Publicado por Anibal Invictus en 20:42 3 comments: 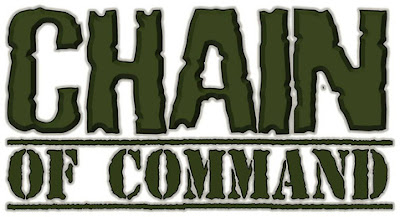 TooFatLardies is planning to launch a major new set of rules covering skirmish actions (up to platoon level) in the IIWW, probably to be released this summer. As in any other TFL product, "friction in the battlefield" and "historical accuracy" are the key core aspects of the rules, but this new set introduces some important changes to the two most traditional features of their rules sets: the card-deck engine and the blinds system.

The card deck  dissapears altogether, being replaced by a number of dice results. Each side will have between 4 and 6 command action dice (depending on the force quality level)  and the dice rolls will allow the player different options to activate their forces: from activating a fire team (part of a squad) to activate the senior leader (platoon commander) who can then order the units under command range.

The blinds system, another well-entrenched tradition of TFL, is replaced now by a new pre-game mechanism, in which the players move alternatively some "patrol markers" until they are close to enough to the enemy. Once fixed, they become "jump-off points" from where the force commander will be able to commit the units under his control. This system offers two advantages: speeding up the game, cutting short the period in which the units are maneuvering to get into contact; increases the optionality of the player to commit the forces according to the tactical situation at each moment.

Club Dragón has been kindly invited by TooFatLardies to participate in the rules testing process, and this morning we have played our first game. I'll be updating our impressions and progress with the testing in more detail but overall we are very favourably impressed with the system. Initially we spend sometime in grabbing the core mechanisms, but after a short time the attention of the players was mostly focused in the tactical options and decisions of an almost real battlefield.

Richard Clarke has produced some very good videos in YouTube to explain the key features of Chain of Command, the last three dedicated to develop a full game. I encourage you to watch these videos and follow closely the development of Chain of Command

There's also an excellent podcast by Meeples & Miniatures about Chain of Command, including an interview with Richaed Clarke and Nick Skinner, the brains behind TFL