Some of you may think this is premature, but I wanted to share with you our project to attend the Salute 2012. The idea came up in the group within my local club that gathers regularly to play TooFatLardies games and the response has been enthusiastic so far, with nine members already signed-up. In fact the initial plan has become more ambitious, and the latest version is to fly Friday early in the morning, hire a car and straight to Bovington Tank Museum; Saturday morning will be invested in Salute and in the afternoon we will visitthe National Army Museum; on Sunday it will be the time to visit the Imperial War Museum and then back to Madrid.

Email ThisBlogThis!Share to TwitterShare to FacebookShare to Pinterest
Etiquetas: Salute 2012 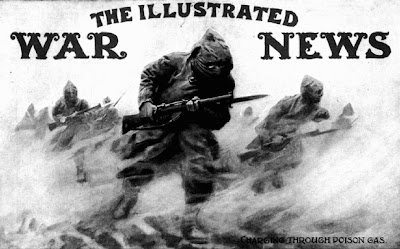 Probably spurred by all the noise around Armistice Day yesterday, we played last night a WWI game with the TooFatLardies battalion level rules If the Lord Spares Us. Although these were initially designed to play Middle East actions, a Western Front adaptation was published in the Summer 2011 Special called "Storm of Dice".

This has been my first experience with this set of rules. Released in 2005, they maintain a good quality level but I have to admitt that look a little bit outdated compared to the most recent products of th TFL factory like the WW II period I Ain't Been Shot Mum or the Vietnam era Charlie Don't Surf. Having said that, they make a very good and relatively short game, for example in a late Friday afternoon. 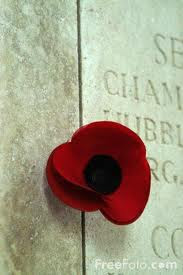 Spain was a neutral country in WWI and for that reason there's almost no emotional attachment to this period of history in my country. And probably for that reason too, it is only very lightly covered in the Spanish school's official programs. The knowledge among the general public is low at best.

After 30 years wargaming and tasting almost all possible gaming periods, I never felt particularly attracted to play WWI... until 3 years ago when in my local club I got hooked by one of the best scenery displays put on a table by two of my club members, who were playing WWI in Africa.