Assault on Tobruk!! - Introduction to our Afrika CoC Campaign 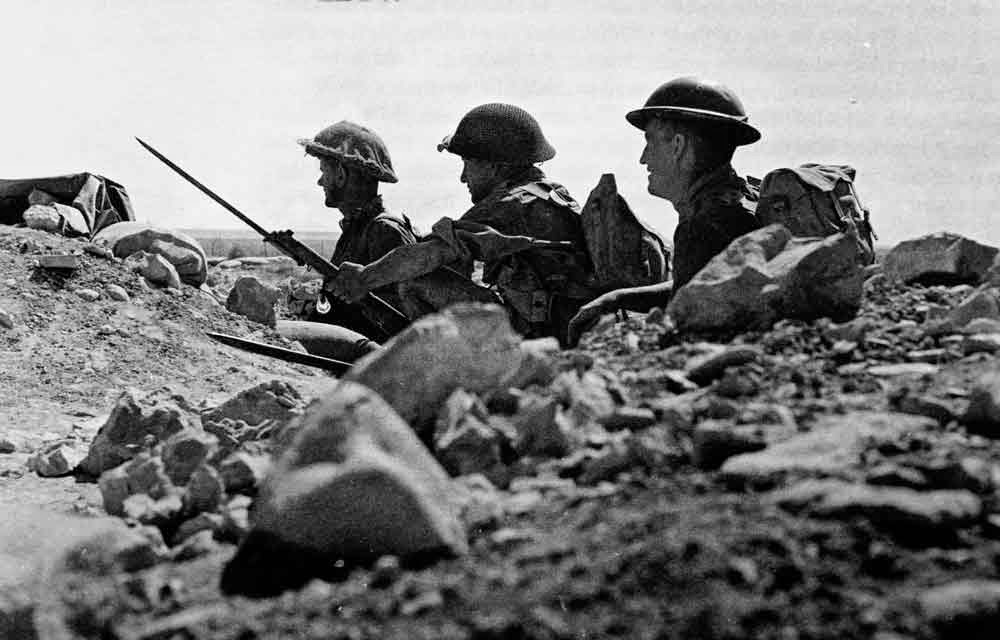 STOP PRESS: The Afrika CoC campaign is finally in motion!

The final arrangements were agreed during the week and finally last Sunday the opening game took place. The post today wants to be an introduction to the campaign framework and will be followed by more detailed battle reports of the different games as we did with our Stalingrad campaign.

The campaign will be conducted using the excellent supplement published by TooFatLardies called At the Sharp End that was already reviewed here on February. As a remainder, the campaign system works around a “ladder” of different scenarios starting in the “no-man’s land” and moving up and down in steps (outposts, main line of defence...) depending who wins each game, until reaching a central objective. 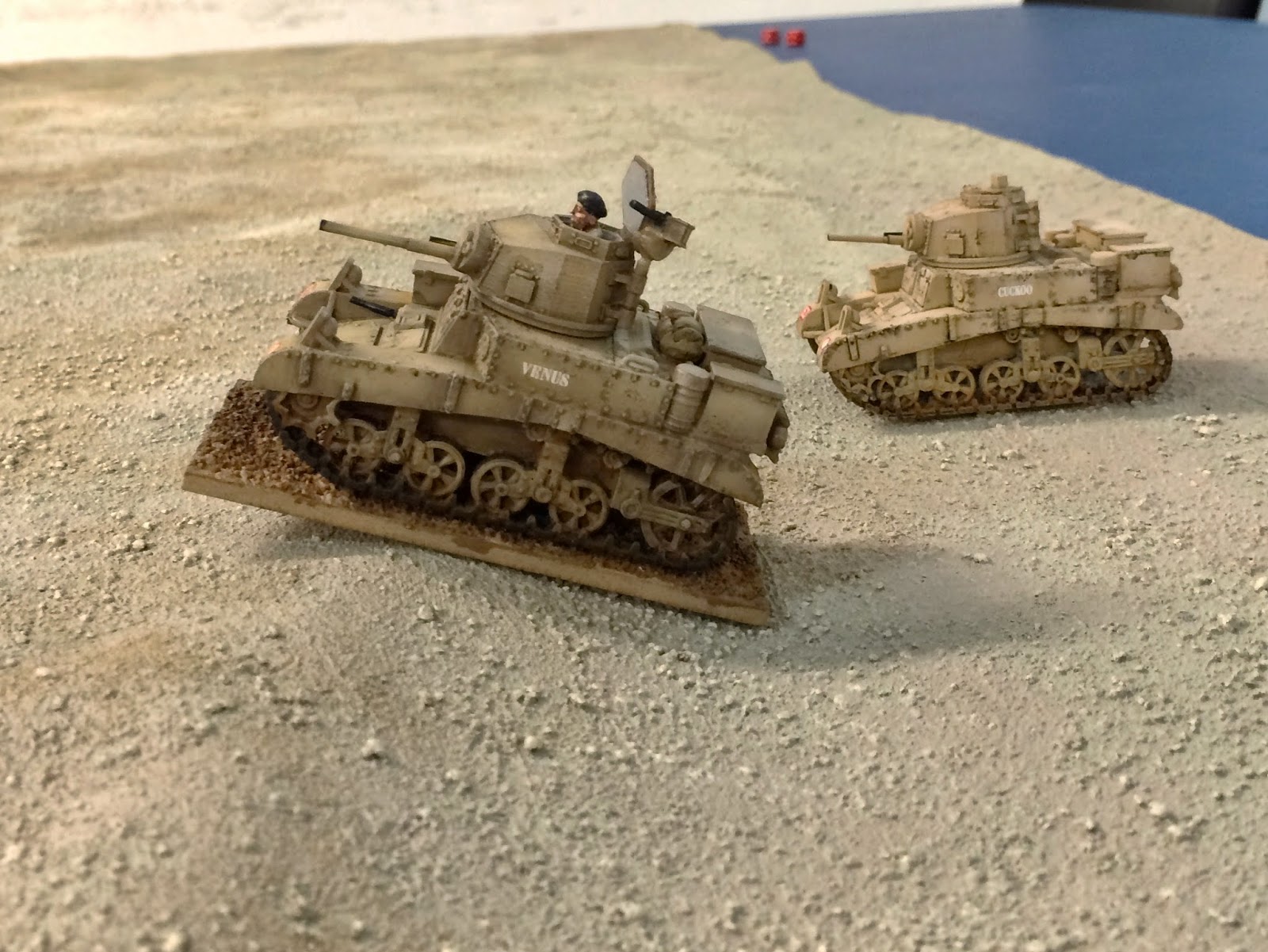 Our campaign setup is Tobruk and the year is 1941. The Empire troops are garrisoning the city and Rommel’s German panzer elements will have to breach the fortress defences and ultimately conquest the city.

Due to the large number of players involved (eight) we have decided to play in two different areas of the battlefield, with 2 Axis and 2 Empire players in each area respectively. In principle, each side in each area will command 1 infantry platoon (with the supports available in the CoC Armies lists for each type of scenario) and 1 armoured elements troop. 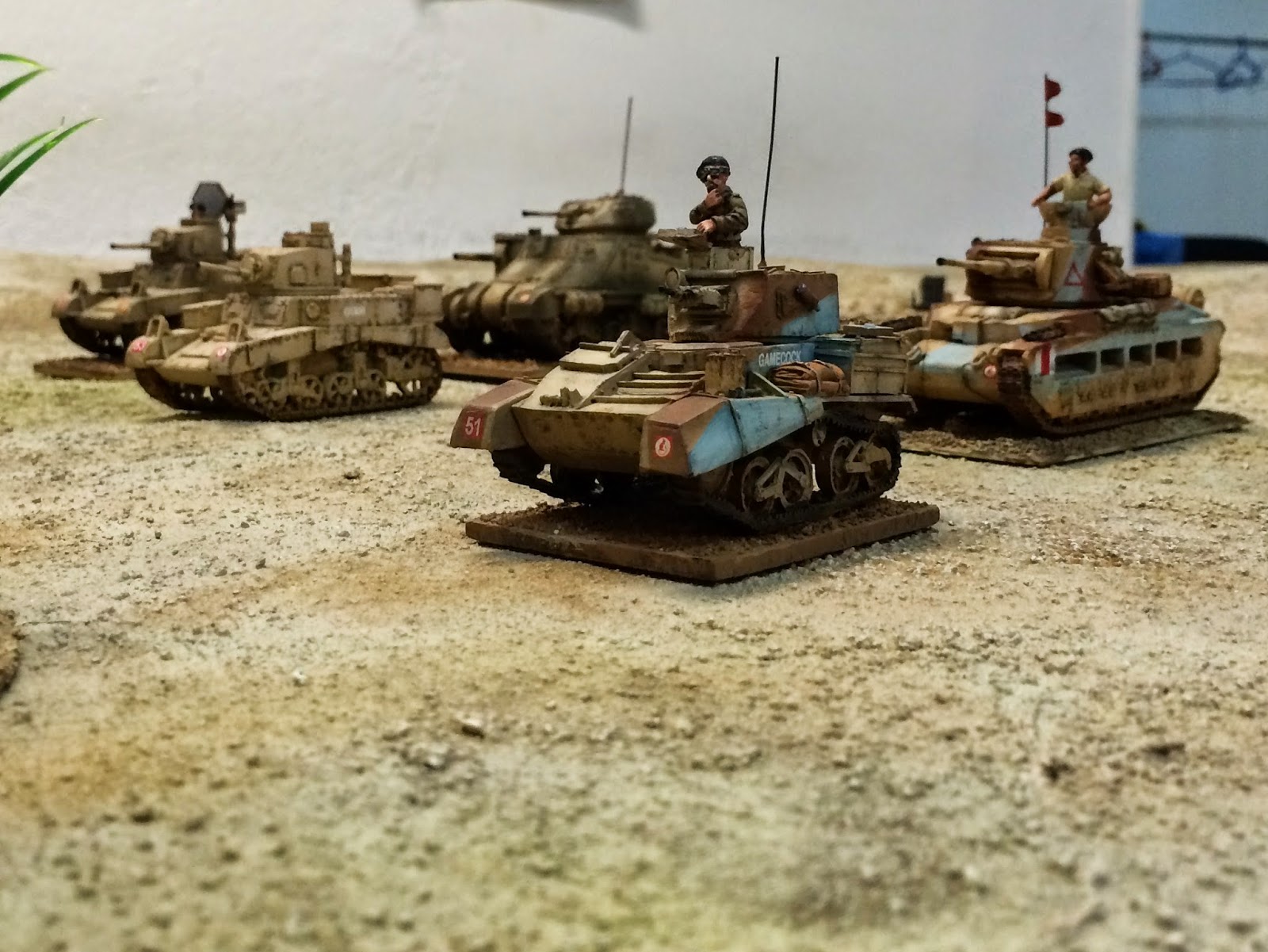 Each side will also have a reserve of men and tanks (1 platoon and 1 tank troop) that will be distributed between the players depending on their individual performance over the games. Wounded and replacements are handled as per the campaign book.


·         In the first two games it is supposed that both sides are undertaking mainly recon efforts, so no heavy armour will be allowed to be chosen as support

·         The difference in terms of “ladder steps” between two areas in the same side will not be larger than 2 steps; if higher, the troops in the most advanced position will have to yield at least one step to avoid being flanked and surrounded

The first game of the campign was played last Sunday resulting in one Empire victory and one Axis victory. A battle report will follow soon, so stay tunned. 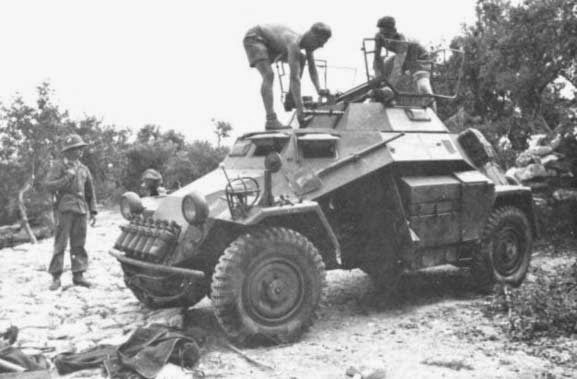 Some of my club mates returning from the Easter break on Sunday organised a late afternoon Chain of Command game to start the working week tomorrow in good spirits. Due to the late minute call, we decided not to plan too much and to use the available forces (British and Italians) at hand.

From the CoC book we chose the “Flank Attack” scenario, with the Italians forces (an infantry platoon) defending an oasis from the attacking British. In order to make life harder to the attackers a small armoured German kampfgruppe (2 Sdkfz 222 and a Pz II) were also used. 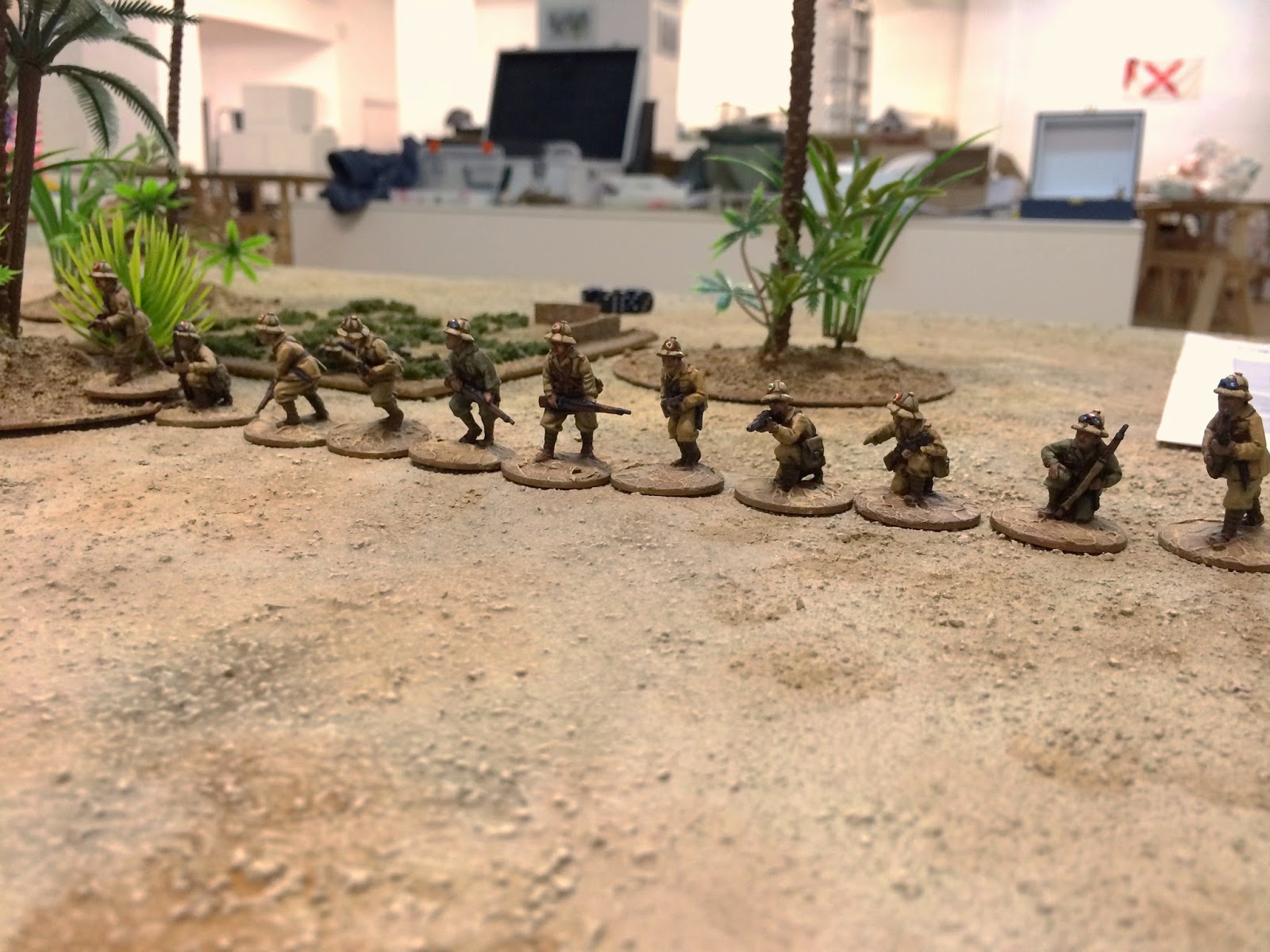 The battle was truly short with the British achieving a clean and straight victory when the Italian moral crumbled (fall to 2) after the destruction of the small armoured unit by the British Honeys.
Read more »
Publicado por Anibal Invictus en 22:24 12 comments:

My NOT-Sa_loot (*) and Easter Break 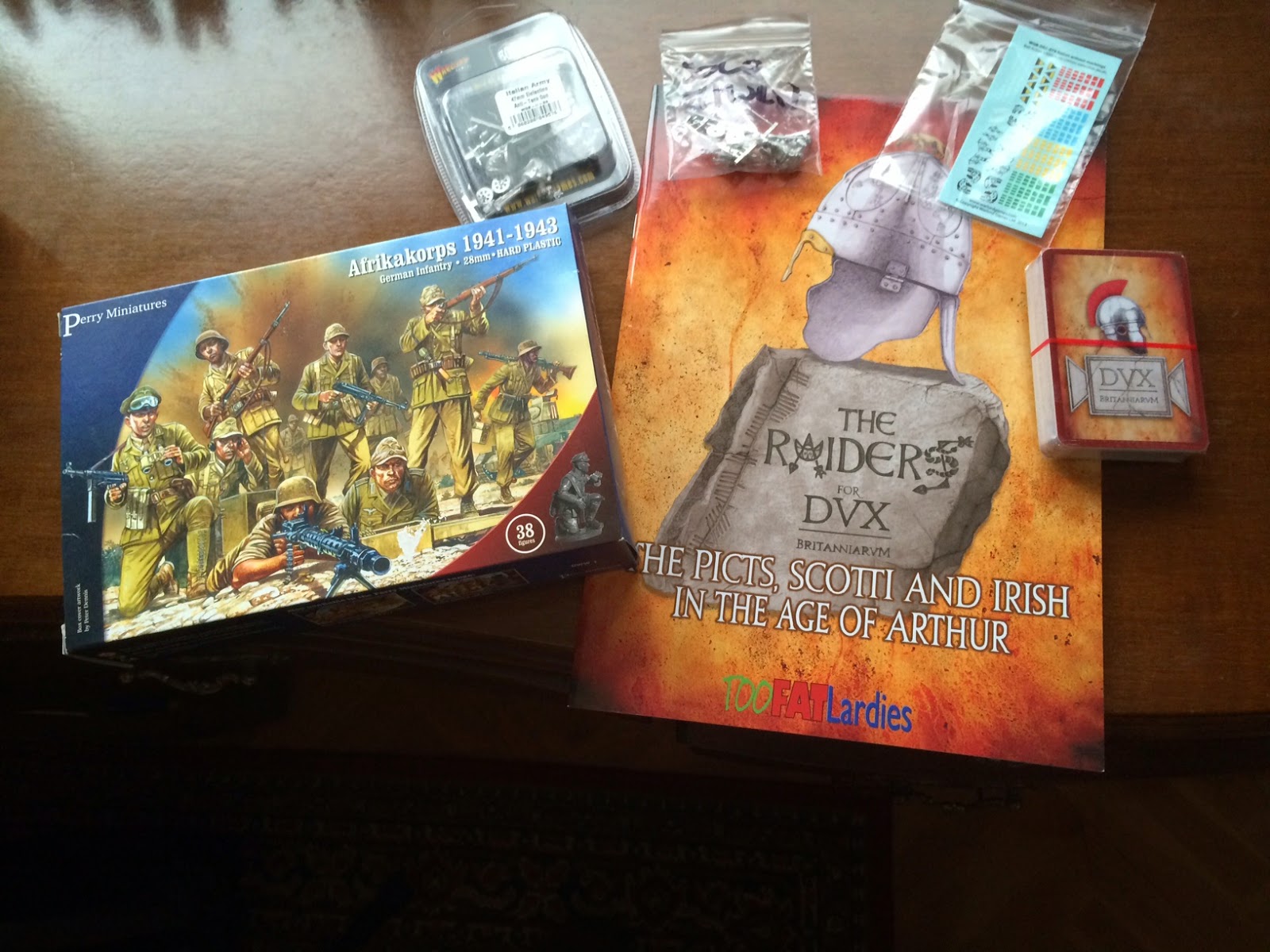 Funny coincidence, just three days after Salute 2014, today I have received a couple of packages by mail that in justice can represent my loot from my NOT-Salute celebration. See in the photo above:
This happy (Easter) bunny starts his 4 days holiday tomorrow evening, so don't expect to see much activity in this blog until next week. If weather is right, I'll be working in some of these new acquistions so hopefully I'll post some photos of the finished models.

Hope you all have a good Easter break 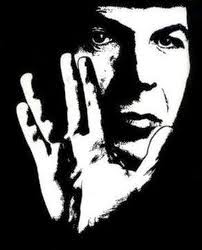 As you probably know, last Saturday was THE great day of the wargaming community as it was the Salute gathering. I went two years ago with a group of friends of my club and,...yes,  you have to do the pilgrimage at least once in your life if you want to access the wargames heaven after passing.

Anyway, it's easier said than done when you live abroad and specially if you've been affected by the financial crisis as it's been my case. This week, while I was reading (with envy, muuuuch envy) the posting a of different bloggers and the messages crossed in the Too Fat Lardies Yahoo Group anticipating their trip to heaven, I decided at some point to stop commiserating myself and do something practical... like dedicating my Saturday to the hobby! 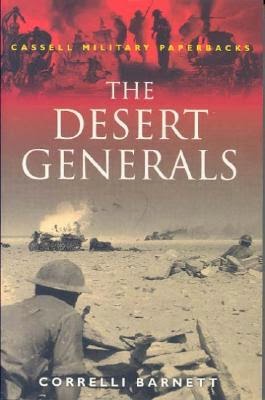 I have just finished reading The Desert Generals by Corelli Barnett. Forgive my ignorance but I’ve just discovered this  to be a classic work about the Desert Campaign in the IIWW, a fact I was not aware of; therefore many of you are probably acquainted with it and can avoid reading this post.

It was suggested as a good reading for my Afrika CoC project in the Too Fat LardiesYahoo Group … and I admit that was right on target. I have enjoyed a lot reading this book and also learned a few facts about the campaign completely unknown to me.

Particularly, I was truly surprised by the sharp and incisive critics on Field Marshall Montgomery, a total unimaginative and inept commander if we attend the arguments of the author and the strong vindications of other highly discredited commanders, like O’Connor and above all Auchinleck.

Auchinleck (as well as his predecessor Alexander) were actually victims of the political ambitions of Churchill; he strongly interfered in the strategic planning and operations of the Desert front, forcing the launch of offensive attacks on Rommel and the Axis armies without a proper preparation and/or sufficiently trained forces for pure domestic political reasons. 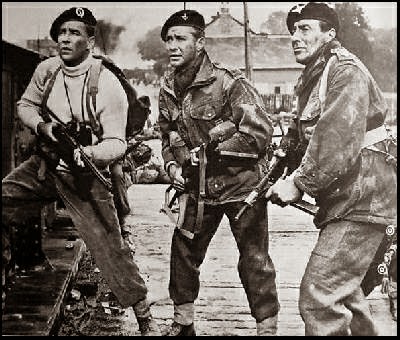 Oh yes!! I felt today like a character in The Longest Day film, in my first (and overwhelming!) successful command of a British paratroops platoon in Normandy. A very intense scenario played with Chain of Command and featuring the defence of a farm in a typical Normandy landscape by the Red Devils, facing a furious counterattack of the Germans in the second day after the landing.

In this scenario (from the Skirmish Campaigns Book “Normandy ’44- The Devils of the Orne”) the objective is to control the walled house towards the centre of the map in the British area. We arranged this scenario to be played as an Attack on an Objective of the Chain of Command book.

The Germans comprised a regular reinforced infantry platoon supported with a Pz IV,a Stug, a FOO to control the offboard artillery pieces and a MMG team. The British had a full elite paratroops platoon supported by 2 Shermans and selected a PIAT team as reinforcement.
The patrol phase is one of the most important segments of the game, as it has a significant effect in the development of the game with your troops of the table. In this case the Germans decided to concentrate its patrols in their right flank with the intention of placing the jump-off points as close as possible to the contested house and game objective, under the cover of the orchard and the field to the northern edge of the table.