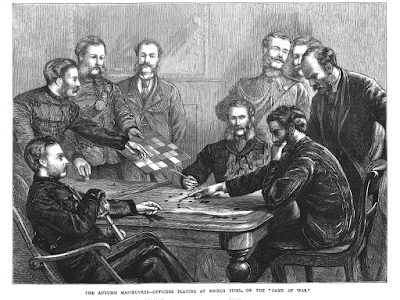 In the mid 80s I was cofounder of Club Dragón in Madrid and my interests started to widen towards the games with minis, initially fantasy games (WFB) and very soon historical games in the Ancient and 2nd World War period.
Gradually I abandoned tabletop wargamers and haven’t literally again played a single game since AH went through the financial drain in the late 90s and was sold to Hasbro.
This has completely reversed this year. I coincided with a very active small group of wargamers that gather every Friday afternoon. Coincidentally, we have moved the office of my company from the suburbs to new premises centrally located and 10 minutes walking from the club in late January… so all stars aligned.
Read more »
Publicado por Anibal Invictus en 19:30 4 comments: