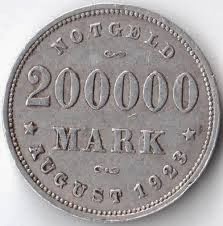 My blog broke last week the 200,000 views mark and I did not realised until today, because of my recent trip and post-mission work at home. Many, many thanks for your interest and your comments, it's really encouraging. Over the recent few months I've seen a gradual increase in the number of monthly views and now on average they've reached the 9,000 figure

I must organise a proper celebretation for such a remarkable feat, but please give me sometime to think a really memorable giveaway. Stay tunned please...
Publicado por Anibal Invictus en 20:09 14 comments: 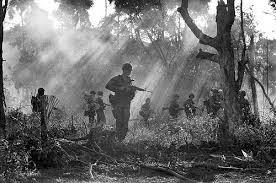 Last week I had the opportunity to visit a tropical forest in Latin America as a result of a week-long business trip to Colombia. It was quite an interesting experience in itself  but it also made me more aware of the simplifications and short cuts that we (as wargamers) take when playing games in Vietnam or WW II-era theaters in the Asian jungles.

Although not in Asia, the climatic and vegetation conditions I presume are more or less similar across the tropics. As I was walking along the forest, I discovered myself in deep thinking about some of the games I umpired with Charlie Don't Surf, specially the discussions we had  on LOS, movement rates, ambushes or type of cover when firing.

To illustrate some of these points, here are some photos as an image is worth 1000 words.

A quick heads-up for Spanish nationals or Spanish fluent readers, El País newspaper include today a long special report on the First World War. This conflict is not well known here and only lightly taught in the primary and secondary schools in Spain. But as expected, the 100th anniversary celebration is attracting a lot of attention from both the general press media and many specialised history publications like Desperta Ferro or Historia Rei Militaris most recently.
Publicado por Anibal Invictus en 10:06 1 comment:


Just a month ago now, I announced the launching of our first 2014 wargaming initiative at the club  called the "Afrika CoC Project" intended to play the North African 1941-42 campaign with Chain of Command. You may wonder if once the initial excitement was off and we cooled down, the project was basically filed.

Well, not at all!...  And on the contrary, we have as a group made substantial progress, to the extent that we expect to start the first games of a (still to work in detail) campaign by early February:

Group achievements so far:
My personal progress on the project is not bad considering the short time span since the launch date. After researching some reading materials on the campaign, in addition to some Ospreys I have been reading the desert chapters of the Life of Field Marshall Rommel by Brendan Fraser and The Rommel Papers edited by Liddle-Hart. And in my reading pile I have right now Robert Crisp's Brazen Chariots and have recently ordered to Amazon Crucible War by Barrie Pit


My first book in 2014. A very good account of the birth, evolution and to some extent extinction at the end the II WW of the British commando units. The feats undertaken by these troops caught the imagination of several war and postwar generations of British, as far as I see (I'm not British!) but the book makes a very balanced assessment of the performance and effectiveness of this corps.

The title is somewhat misleading as this is more a work about the development of the command units and their main actions (Norway, Dieppe, St.  Nazaire, D-Day) than a focused treatise in tactics. In fact I acquired the book with my thoughts on a previous work by the same author (Infantry Tactics in World War Two) and both came to be totally different animals

Despite this, the book is truly worth reading.  My main takeaway:  commandos were far from the supermen depicted in many contemporary accounts, an image fostered by the British official propaganda in the darker years of the War (41-42), when it was utterly needed to raise the moral of the population and to show the public that Britain was far from being a defeated country. To a large extent these were the children of Churchill, who showed unabated support to the commando corps all over the conflict.
Read more »
Publicado por Anibal Invictus en 23:12 3 comments:

British Action at Normandy: A Chain of Command AAR 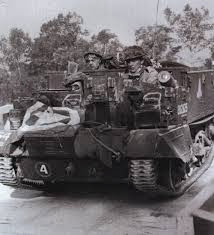 Our first game of the year with Chain of Command  gave the British arms a new victory over the evil German troops despite the mastery management of their commanders, Oberts Casas and Vitaller.

The actions was based on the Scenario-3 "Attack-Defense", each side leading a full infantry platoon with the British receiving 10 support points and the Germans half that level. The British chose a Bren carrier section (two vehicles armed with LMGs under the command of a junior leader), an artillery observer and a medic. The Germans chose a HMG team and an adjutant (a second senior leader useful to help deploying troops on the table in absence of the main platoon commander)

The scenario victory conditions were simple: to eject the opposing forces from the table due to their physical destruction or due to reduction of the force morale level to zero, while maintaining at least a 3 level on one's own forces.

The gaming table is illustrated in the following photo (view from south to north), with the Germans entering north and the British from the southern edge. 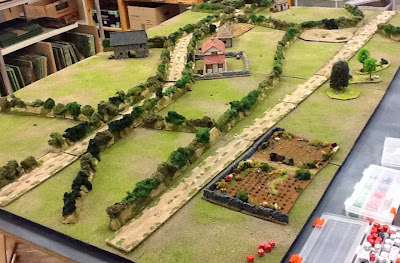 Rob Avery, fellow Lardite collegue and owner of the Vis Lardica website, has launched a non-competitive painting contest open to the wider Lard community which I joined today. What we basically aim is to have a record of our paiting progress through the year but without the stress of beating the neighbours in a race.

Rob has kindly offered to keep a record of our painting feast along 2014 and a  public scorecard will be kept. I found it a good way of tracking my achievements and provide some self-dicipline to this part of my hobby activities ...  and considering how slooooooooow painter I am (a well proved fact), I'll be more than happy if I finished second...but counting from the bottom up of the list... 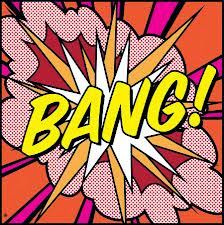 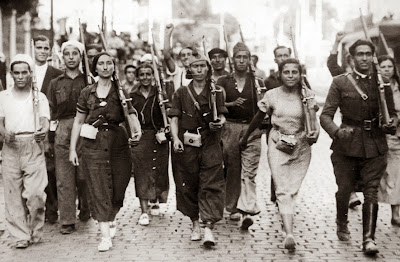 As mentioned a few days ago, TooFatlardies started the publication of materials to play the Spanish Civil War with Chain of Command (CoC España), an herculean task undertaken by fellow Lardites ("Lardistas"?) Jim Hale and Rolf Grain.

Over the Christmas period TooFatLardies official blog "Lard Island" has been releasing new lists covering in high level of detail the different actors of this conflict. In this  post I want to make the compilation of all the available materials, aiming to become a one-stop point to any person interested in the period. This post will be republished and updated with the release of new materials.

In addition to the lists, each specific entry in the Lard Island blog has a very interesting introduction that provides useful background information, that I strongly recommend to read in conjunction with the lists.

Rules and QRS
The specific rules applying to SCW can be downloaded here. In the same location you'll have access to a specific quick reference sheet to play your games

Forces of the Republic of Spain

Other information
The 2013 Christmas Special includes interesting articles on the historical background to the conflict, the Spanish army organisation before the July 1936 uprising, the use of armoured lorries ("Tiznaos") and the AFV's used in Spain (mainly Russian, Italian and German).

I hope you find this guide to CoC España useful.