DMZ Vietnam # 3 - Winning Hearts and Souls (or at least trying) 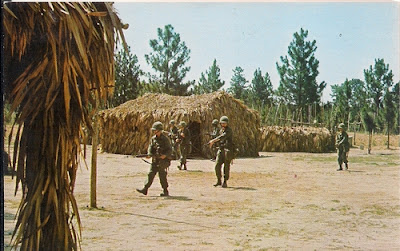 Third game of CoC DMZ, the Vietnam supplement for Chain of Command. After two games, we are now more confident on controlling the new mechanics and decided to add some complexity, introducing a political dimension to the game loosely based on Charlie Don't Surf, the Platoon-sized rules written by TooFatLardies (full details at the end of the post).

Using this time one of the scenarios included a Surf's Up, the US player was briefed about its mission: he must take control of remote village of uncertain name suspected to be the depot area of NVA units infesting the region. In Chain of Command terms, this is a "Scenario 6 Attack on an Objective" of the main rulebook, in principle winning the US if capturing the jumpoff point located in the center of the village.

But it wasn't to be so easy. As the NVA had important food and weapons supplies hidden in the village, those should be discovered and destroyed. If the enemy could exit its tactical edge with the supplies, the NVA player was victorious even if the US take control of the village. The village was inhabited and any civilian potentially a casualty in a fire exchange would count againts the US (or the NVA!) "Political Score".

Setting the scene let's see how the table looked opposed the US entry side. 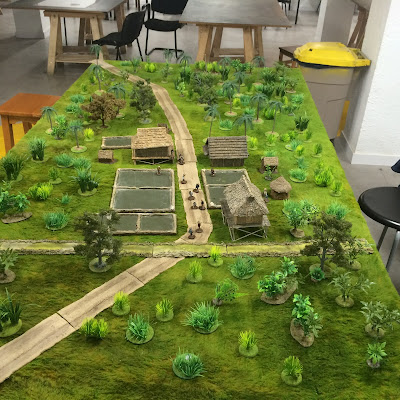 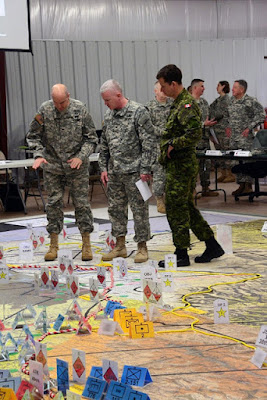 Let me call your attention to this recent post in the "Mad Padres' Wargame Blog" run by Mike Peterson, a chaplain serving in the Canadian Army, dedicated wargamer and long-distance friend.

The post deals with the use of wargaming techniques in the training and preparation of the professional modern armies. Lots of quality food for thought and links to some interesting articles in The Strategy Bridge, an online journal on military matters. Highly recommendable reading allover. 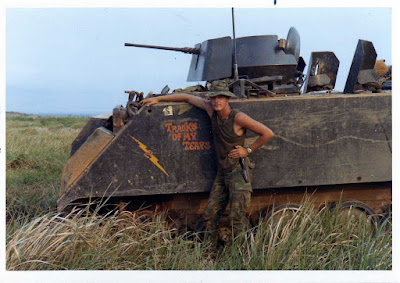 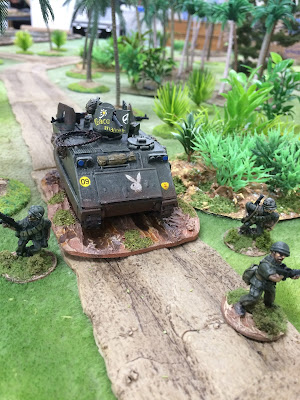 We chose this time to play the "Attack on an Objective" Scenario Six of the main rule book. The table had a major jungle (type 2 area) crossed by a dirt road leading to a village which according to the intelligence cources was a major NVA depot area.