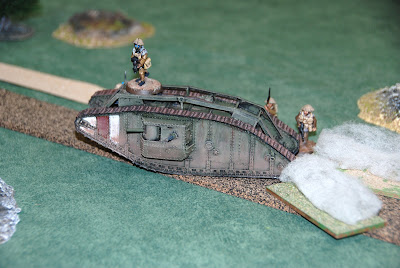 Today I had the opportunity to play  the scenario published as sketch in my previous entry. A first game ended in less than 15 minutes, with Lieutenant Bion and his crew lyind dead next to thier tank.
After a short brainstorming, the group of testers decided to refight but changing  a few things. 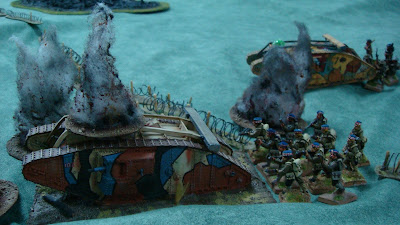 Following a detailed reading of Bryn Hammond's excellent "Cambrai 1917" (a must for anyone interested in this battle), my plan now is to publish some blueprints  for scenarios in the context of this famous battle. These won't be final ready-to-play scenarios but rather "sketches" of ideas that will evolve and reshape over time and hopefully will be enriched with contributions from other gamers. So please, join the effort and leave your ideas and comments.

The battle around Cambrai in 1917 is best known for being the first in which a significant tank force was employed while developing an active effort to coordinate the armoured, infantry and air British forces. The initial attack achieved a total surprise and the formidable Hindenburg line was easily pierced all along the front.

If you're looking for a good scenario covering this first and classical leg of the battle (tanks breaching the wire lines and crossing the first line trenches followed by infantry) , I recommend to play  Scenario Four of the Lardies' "Stout Hearts and Iron Troopers" M&B supplement. My interest is in other phases of the battle.
Read more »
Publicado por Anibal Invictus en 18:56 No comments:

A ridge not too far 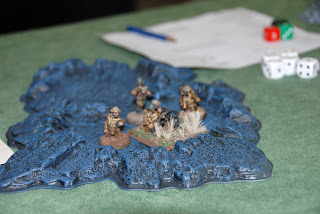 The final version of the Arras 1917 Scenario that I have called "A Ridge not too Far" has been uploaded as a pdf document. Access also in the "Resources" section. Thanks to my friends of Club Dragón for investing their time in the test phase. Please feel free to leave any comments.

Now on to Cambrai!