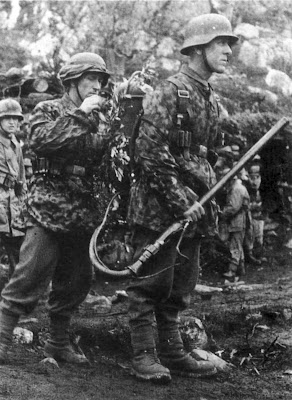 This weekend we played turns 4 and 5 (conclusion) of the Old Hickory campaign for Chain of Command. If you remember when we stopped in early December, the Germans had already won two games through the "orange route" and were now arriving to the final US defensive line at Le Neufbourg.

The US players called all reinforcements scattered in the different approaching routes to concentrate now into the village and to put a strong opposition despite overwhelming odds. The US side also played their last air support card in the 4th turn, resulting in the dispersion of the German attacking columns, winning the game and gaining some breathing space.

After this, the German deployed a new platoon form the general reserve (the one used in game 3) and then we moved to game number five, which as you will see resulted in a new straight German victory and also de conclusion of the campaign. 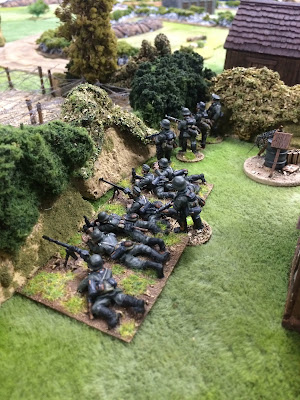