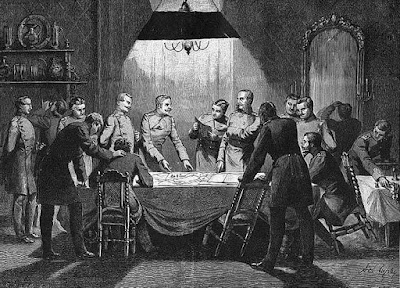 Over the last months I have had the opportunity to participate in a wargaming experiment sponsored and led by Nick Skinner, the co-founder with Richard Clarke of TooFatLardies. His idea was to recreate a Kriegsspiel-type of game but using the tools and technology of the digital age.
Nick contacted a small number of wargamers in late October (if I’m not wrong, we were 7 or 8) and set up a channel in the popular chat app Discord, where we all could be in contact.
He then uploaded a copy of a military map 1:25,000 scale, provided to each team a set of forces, a narrative of the situation (to put us in context) and a mission to win the game. This was done on a Friday; over the weekend each team discussed the best strategy to achieve the objectives laid out in the mission, divided the forces in battle groups, appointing commands and providing orders for each of the battle groups.
The players were then called to play on Monday at 7.30PM GMT (+1 in Spain).
The game was umpired by Nick and for each battle group a subchannel was created, where we get information from the umpire and provide orders in reaction to events happening every game bound (15 minutes of game time). All information was then conveyed in the team’s common channel where the C-in-C was present; this was a way of simulating the radio net of our forces.
First I must say that this has been one of the most interesting wargame experiences I had in years… and all thanks to the technology but specially to the way Nick managed the game. Think for a moment: no table, no models, no rules… just a map, a tablet or telephone screen, a pencil and a pad to take notes … and some common sense to give orders to your forces as the game developed = great wargame experience.
In the first game, our forces had been recently defeated in major offensive by the enemy. We have regrouped in town by a major river and our mission was to destroy the two main bridges to buy time to our army to build a new defensive line using the river as the frontline.
I took a platoon of engineers with some infantry and light armour support north of the main position to destroy the bridge, then pull out south and blow out the second bridge. Easy said than done. Unexpected events could hamper you moving along the road, putting the explosive charges takes time and the enemy is not idle in the meantime.

IX Painting Challenge is On 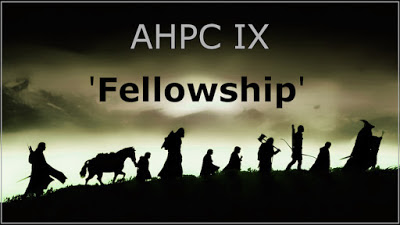 You know the year is gone when leaves fell from the trees, the days get noticeably shorter … and Curt’s Annual Painting Challenge is announced. Many thanks to Curt, her suffering wife Sarah and the “minions” for taking the time and effort to organise the competition every year.
This is the IXth edition and will be my fourth consecutive participation. For those not in the knowledge, this is an international and very friendly painting competition, where one basically attempts to reach (or break) a self-imposed points target, extending through the winter period.
The atmosphere among the participants is fantastic and you feel part of a community or a fellowship in this case) although many of us haven’t ever met in person with the rest.
Every year the Challenge is branded around a specific although somewhat arcane topic, the one chosen for this edition being “Fellowship”. This is not to restrict or condition what you paint during the contest, neither in terms of themes nor scale. The fee to enter the Challenge is to paint (and send!) to Curt a model related to the theme every year.
I found the Challenge amusing and entertaining, and also helps to put some focus and concentration in some of my wargame painting projects. Over the last two years I painted a German Fallschirmjager platoon and a Napolenic Austrianarmy, both in 28mm. This year, as already mentioned in the previous post blog, I’ll be doing a British Airborne platoon with supports for Chain of Command, as weel as some additions to the Austrian Napoleonics (you never have enough Napoleonic models, isn't it?).
I have already started to prepare my models (basing, priming and assembling the plastic kits) in anticipation, as next week I’ll be undertaking a surgery to remove an herniated disc in the spine and will likely be out of action for a couple of weeks at least. The Challenge will be a very strong incentive to a speed recovery, no doubt! 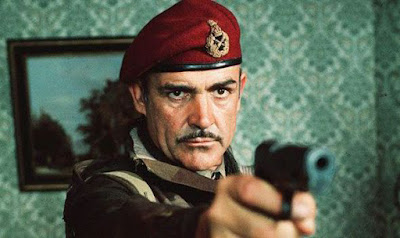 Operation Market Garden has been a field of special personal interest since probably the prémiere of A Bridge Too Far back in the 70s (I actually watched the film in London cinema during one of my summer trips to study English). In November 2015 I have the opportunity to visit Arnhem and did part of the Hell’s Highway (we detour to visit themust-see Overloon Tank Museum) too.

My attention to the battle has recently taken a new interest after the publication of Beevor’s "Arnhem" and specially after reading a short work by a Dutch military historian R.G. Poulussen “Lost at Nijmegen” and Robin Neillands’ “The Battles for The Rhine 1944”.

Beevor’s is (I must admit) a very good and readable book, very decently covering the Allied and the German sides; but it can be argued that adds very little to the knowledge we have of Operation Market Garden except updating some of the information.
Poulussen on the contrary is an excellent research work that digs deep in the decisions taken by the US 82nd Airborne and specially Gavin in his area. The argument goes that Arnhem was actually lost at Nijmegen (the books title) because instead of planning and prioritizing taking the Waal bridge, the US units were ordered to take and consolidate first the Groesbeek Heights.
Read more »
Publicado por Anibal Invictus en 08:53 10 comments:

MIA but not KIA - Searching for a sense for this blog 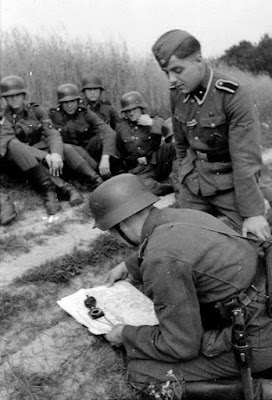 If you follow my Twitter account (@AnibalInvic) you may have followed a recent thread I posted with some considerations about the role of blogs in a rapidly changing social media landscape. I feel that Podcasts, Youtube, FaceBook and Twitter or Instagram is increasingly calling the shots specially among the younger generations, whose attention spam is brief to say the least or prefer easier audio or video consumption products.

Blogs are difficult to manage, posts require a lot of effort and time, and frankly speaking, much longer attention spam from the reader than what actually I think he/she is likely to put. So what is the point of maintaining the blog alive, specially with a shrinking audience?

To my surprise, my Twitter message received quick and,  if not massive, a decent amount of responses from lot of people, some of them well-known gamers, podcasters and rules designers whose opinion I respect a lot.

The comment that really pulled a cord in me is that Twitter et alt is ephemeral, while the blog is here to stay and have a long shelf-value. What one posts is not for immediate consumption and then to the bin, but a reference that you can use in the future. It could be a nice battlefield walk around, a scenario report, a review of a book or some wargames rules or even the guide or the inspiration (using your photos of the painted models) for someone considering undertaking a project that one may have taken sometime ago.

This already persuaded me that it made no sense to shut down the blog and to lose 8 years of dedicated work and effort.

Now, but how to maintain a regular flow of posts? How to regain the mojo lost?   Richard Clarke of ToofatLardies came to inspire:

Of course, silly me, why the pressure? I'm doing this basically for pleasure, not for business! If I have something worth of communicating, I'll do; but shouldn’t be worried about keeping a timetables or posting regularly

Well, this is it for the moment.  I got lost but thanks to the Twitter-sphere I have found a new way home.

As for next in the pipeline, we have Curt's Annual Painting Challenge that should begin by 21st December. I have already chosen my project for this edition (the ninth): a 2WW British Airborne platoon and supports for Chain of Command. Looking forward to receive Curt's news pretty soon.

And on the personal front, I have been diagnosed with an herniated disc after suffering a (stupid) accident doing some gardening late last summer. Apparently there is no other solution but to undertake a surgery (late in November). Not sure how long it will take me to recover from this, but it will interfere with my work and hobbies until Christmas at least.

Hope to see you all around here more often in the near future.