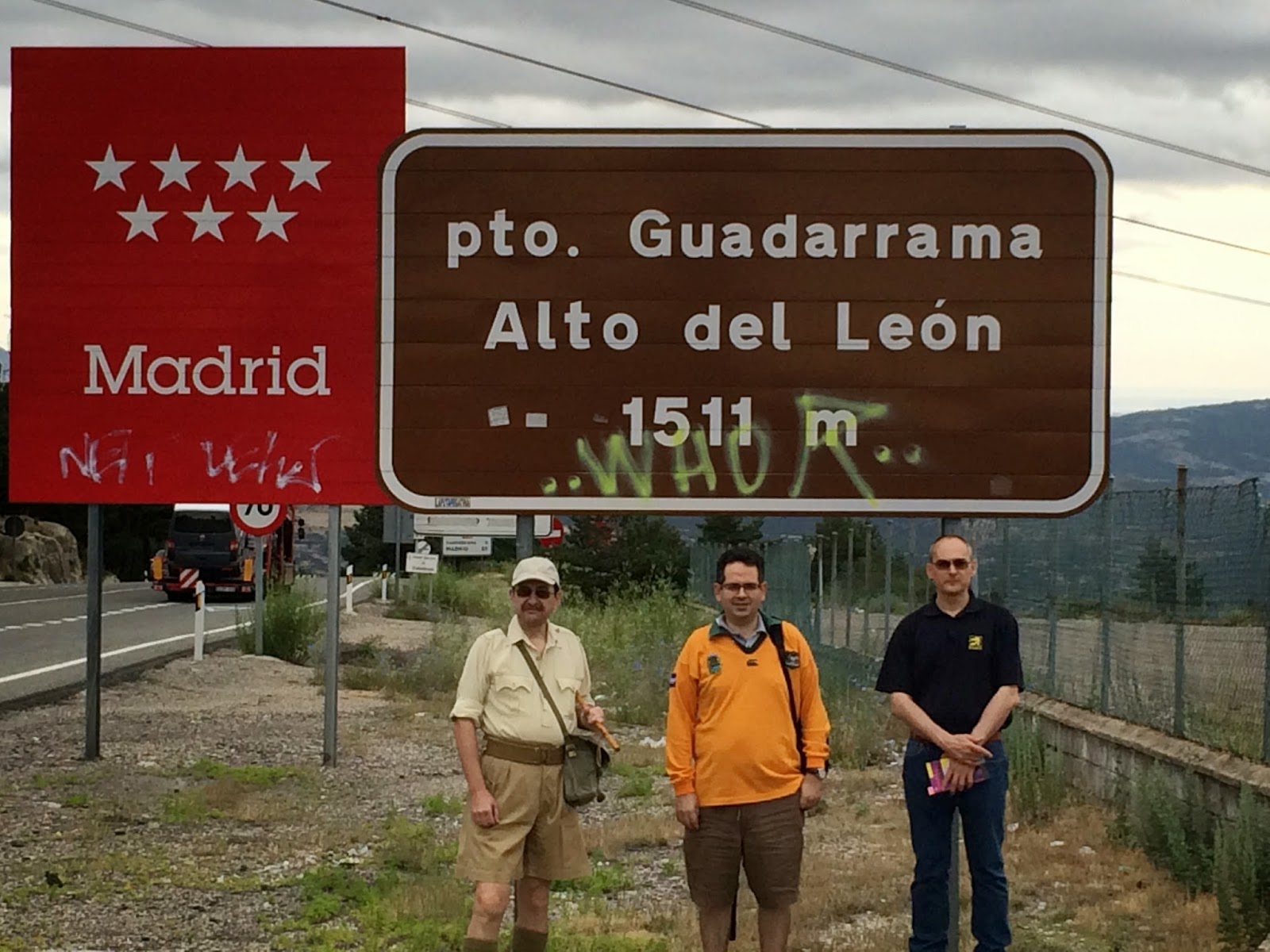 Saturday July 19th marked the official launch of our new project to play a campaign in the Spanish Civil War with Chain of Command. And no better way to start the project than visiting one of the battlefields next to Madrid (El Alto del León) during the morning, followed by a nice lunch and a game in the afternoon with the first painted minis… and almost coinciding with the 78th anniversary of the start of war (18th July, 1936)!

Background
Around 60 km north of Madrid, El Alto del León (1,500 mts height) is a key mountain pass of the road linking Spain’s capital with some of the main cities of the former Old Castilla region in the north (Avila, Segovia, Salamanca or Valladolid) and leading into the north-western region of Galicia.
Today it is a secondary road, as between the early 60s and 70s two toll tunnels and a motorway were dig underneath, facilitating the road communications between the two halves of Spain. However in 1936, el Alto del León was one of the three key mountain passes to reach Madrid from the North (the other two being Navacerrada and Somosierra, the latter also a site of a famous battle in the Napoleonic wars).

The site saw some important action since the early days of the war when the summit was occupied a group of the Republican militia on 19th July, but were attacked and defeated on the 22nd by a Nationalist column (comprising army units and Falangist militia) coming from Valladolid. The attack was initiated from San Rafael and had the objective of conquering Guadarrama at the foot of the mountain where the pass is located. The Nationalist conquered and hold the pass but could not make any further progress and the Republican set their line around the Tablada hospital, 3 km down the summit approximately


Several attacks and counterattacks followed during the rest of July and August, but none of the two sides achieved a decisive breakthrough. From September 1936 the focal point of action moved to the south-west of Madrid, where the Nationalist columns from Andalucía were advancing towards Madrid, taking Toledo and breaking the siege of the Alcázar.


The stabilization of the front in this area and the relative lack of activity at El León gave the Nationalist forces time to build and reinforce the defenses, which were regularly improved and extended in the following years. From the winter of 1936-1937 until the end of the war the battle lines won in the summer of 1936 hardly changed and the opposing forces just kept an eye one on the other from the system of trenches and bunkers where they took shelter.

The visit
In this visit we concentrated on the Nationalists lines because of their easy access and better preservation; we´ll likely organize another visit in the future to the Republican lines, in any case after the summer break.

We explored two areas: La Sevillana and Cabez Líjar (the latter also known as “La Loma de los Falangistas) located to the left and the right of the mountain pass summit respectively.
This post will be focused on La Sevillana, that  was the main defensive position in the area, extending for over a kilometer around the main peak (La Sevillana). You can discern the existence of three main lines:


The outer line was placed in the slope overlooking the road to Guadarrama and comprised several positions made of stone walls, foxholes, trenches and small bunkers. A dominating feature was a bunker excavated in the rock and whose purpose was clearly to be used as an observation post (not clear to us whether to direct artillery fire or to watch potential enemy formations attacking. 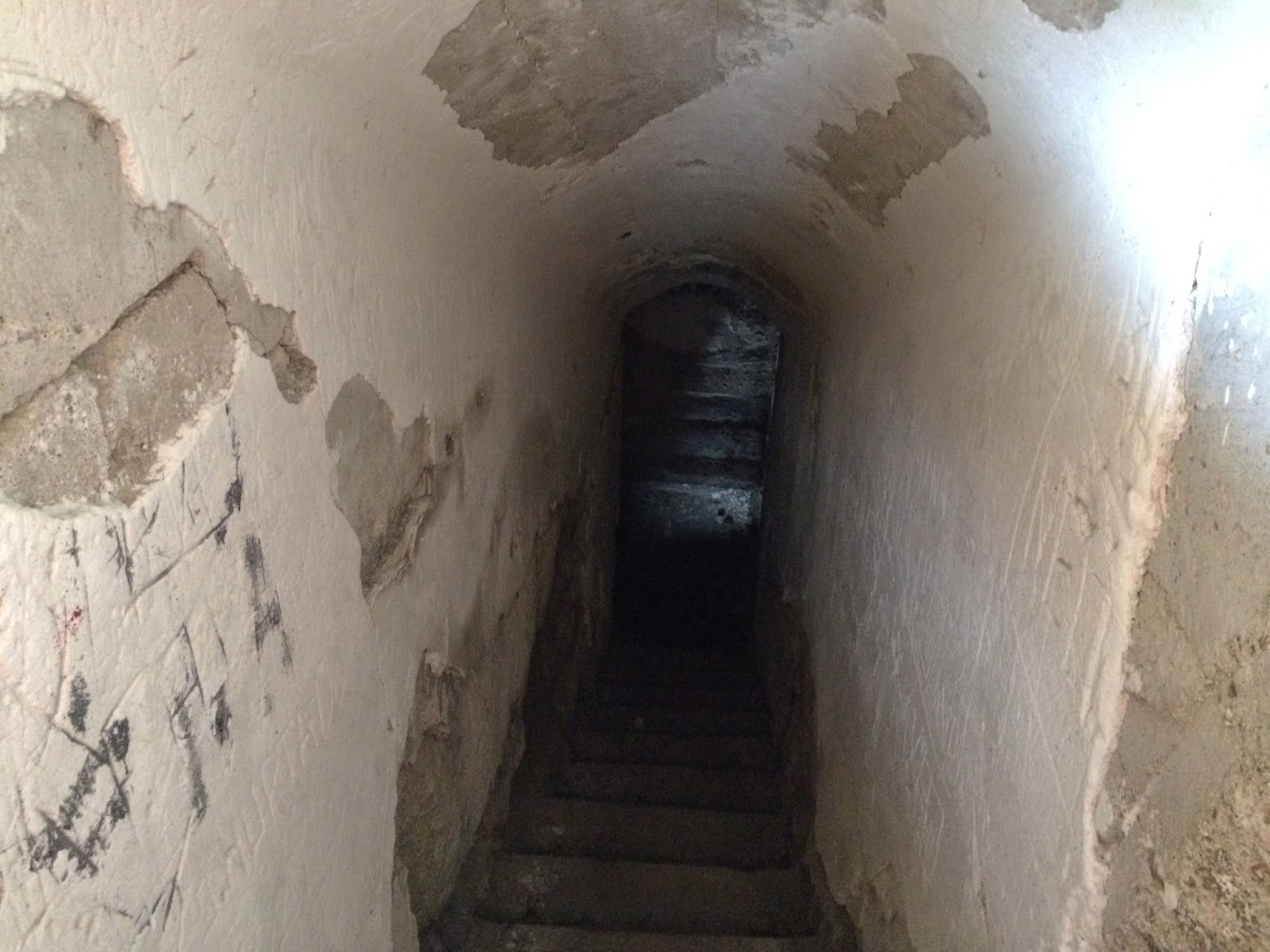 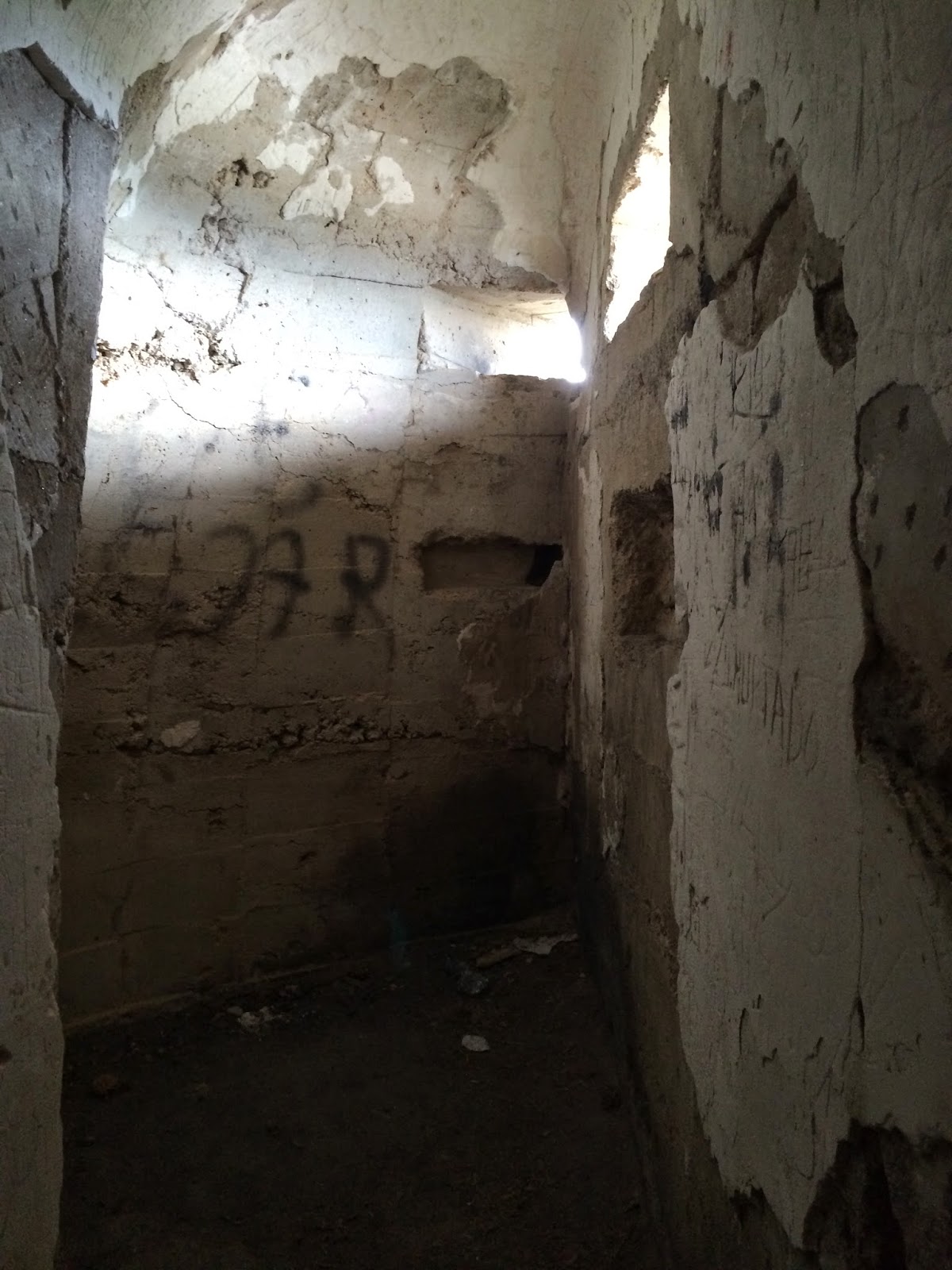 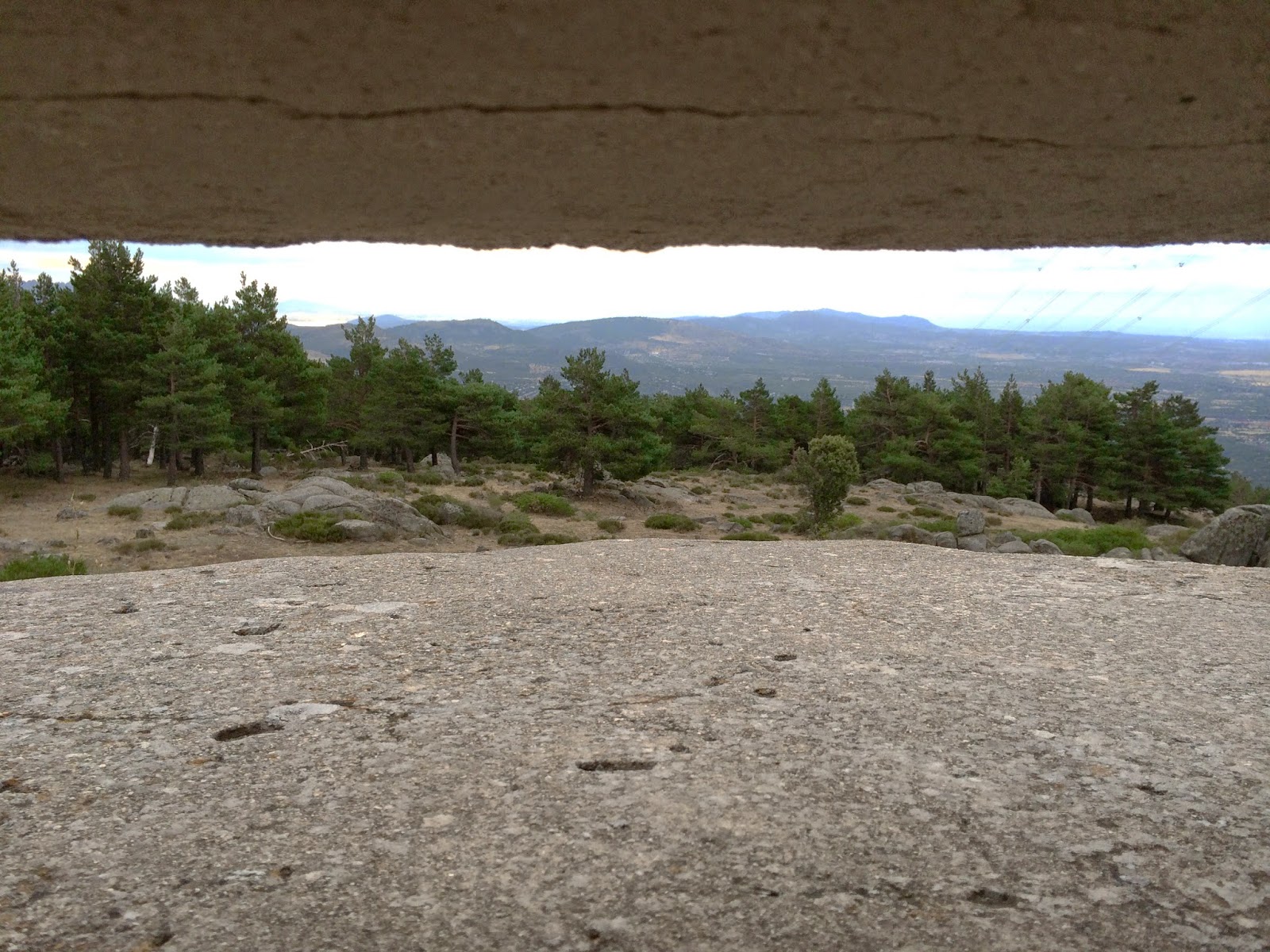 This is a small bunker  placed in the downward slope and about a 200 meters from the obervation post. It belong to a long extended position made of stonewalls, trenches and one-man foxeholes. Given the size of the bunker, it can accomodate 2-3 men and probably it was used to place the section`s LMG (?). 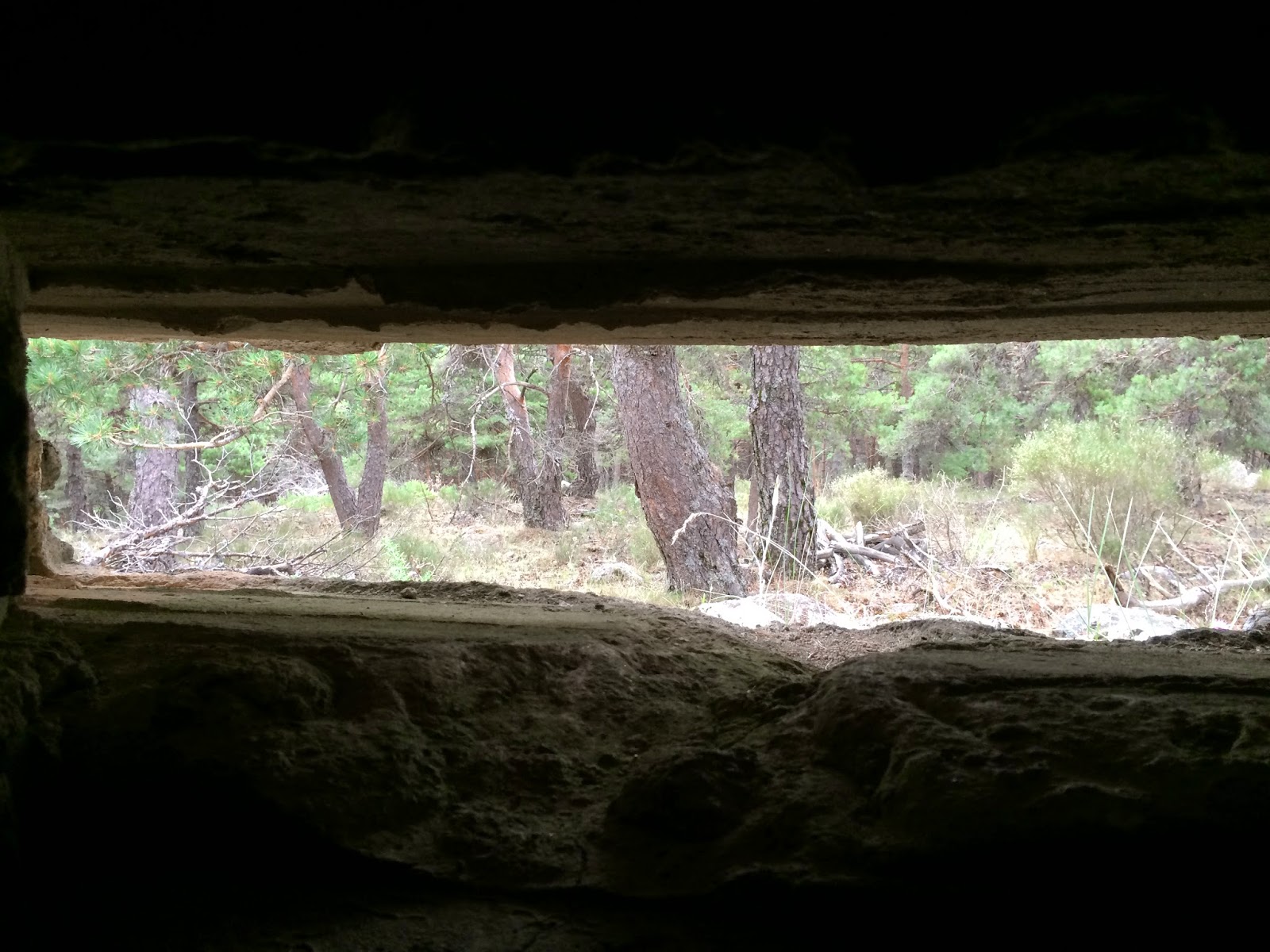 This photo was made from inside the bunker: you may be surprised by the lack of visibility with so many tress interefering the line of fire; these were planted in the 60s and 70s as a part of a massive program to reforest the Guadarrama area and they did not exsit at the time of the war.

It was difficult to captutre in the photos, but going down the slope a few meters from the bunker we bumped into the road leading to El León. Incidentally, the slope was truly steep and if I were to wargame this battle it will crearly copunt as very difficult terrain fro anyone attempting to climb cross country.
This bunker was so well camouflaged among the rocks that we almost missed it! Similar size to the previous bunker, probably used by an LMG team. 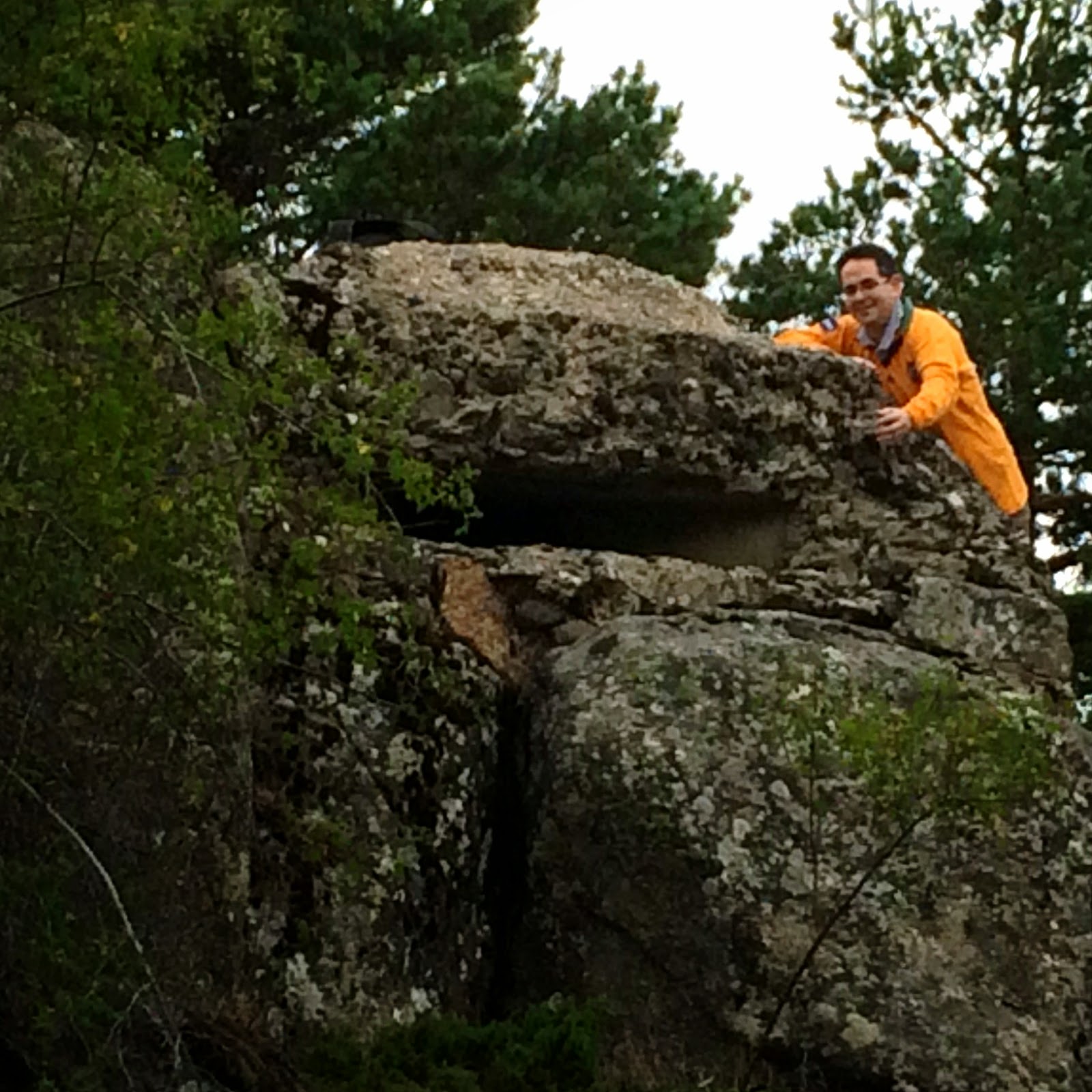 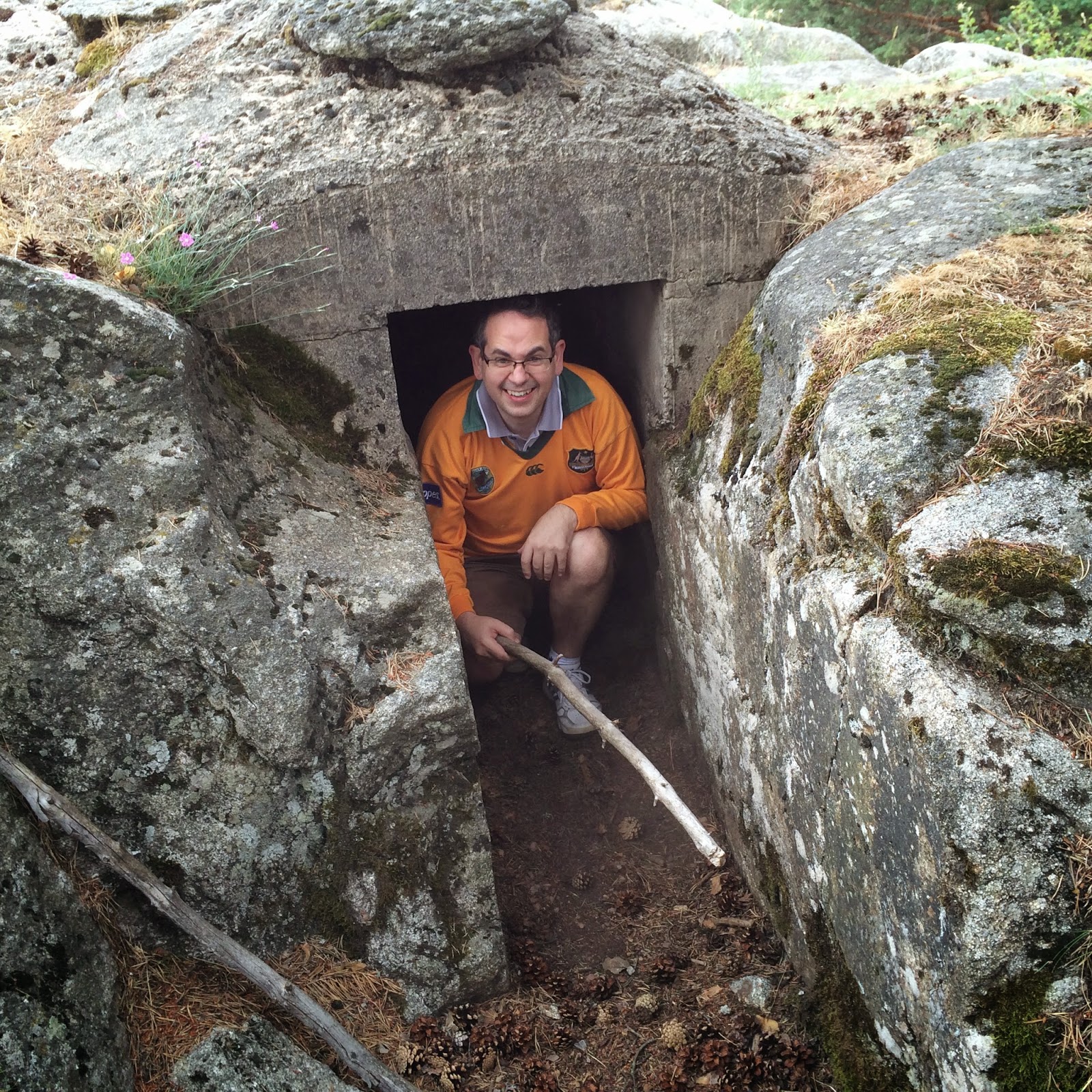 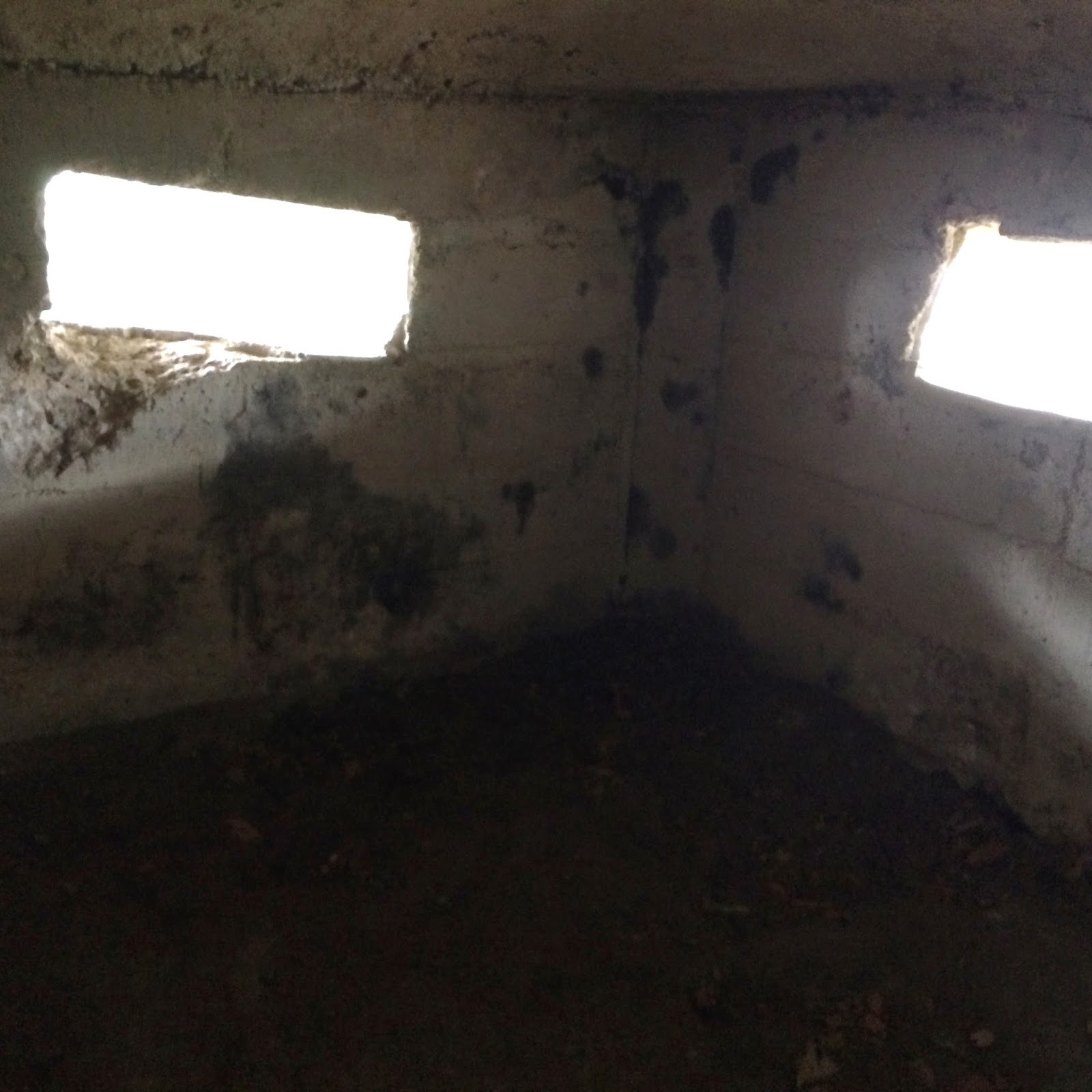 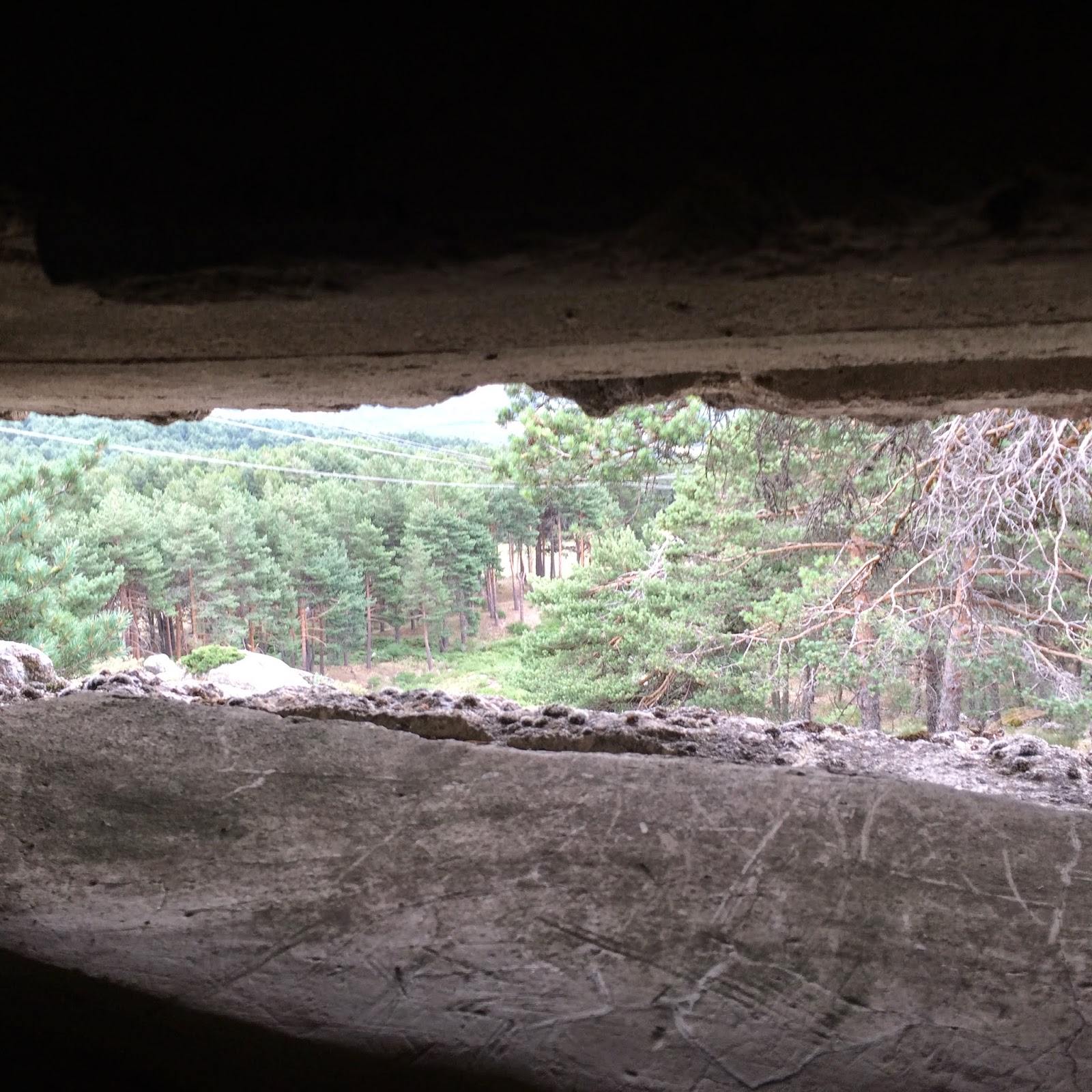 Our next stop was in the summit of La Sevillana, where the main position was placed. The area is dominated by the two bunkers erected on top of the rock formation; around this rock there were remnants of stone walls and trenches excavated in the stone. Behind the position (overlooking San Rafael, we saw a lot of well constructed stone buildings: commanding posts? Shelters? 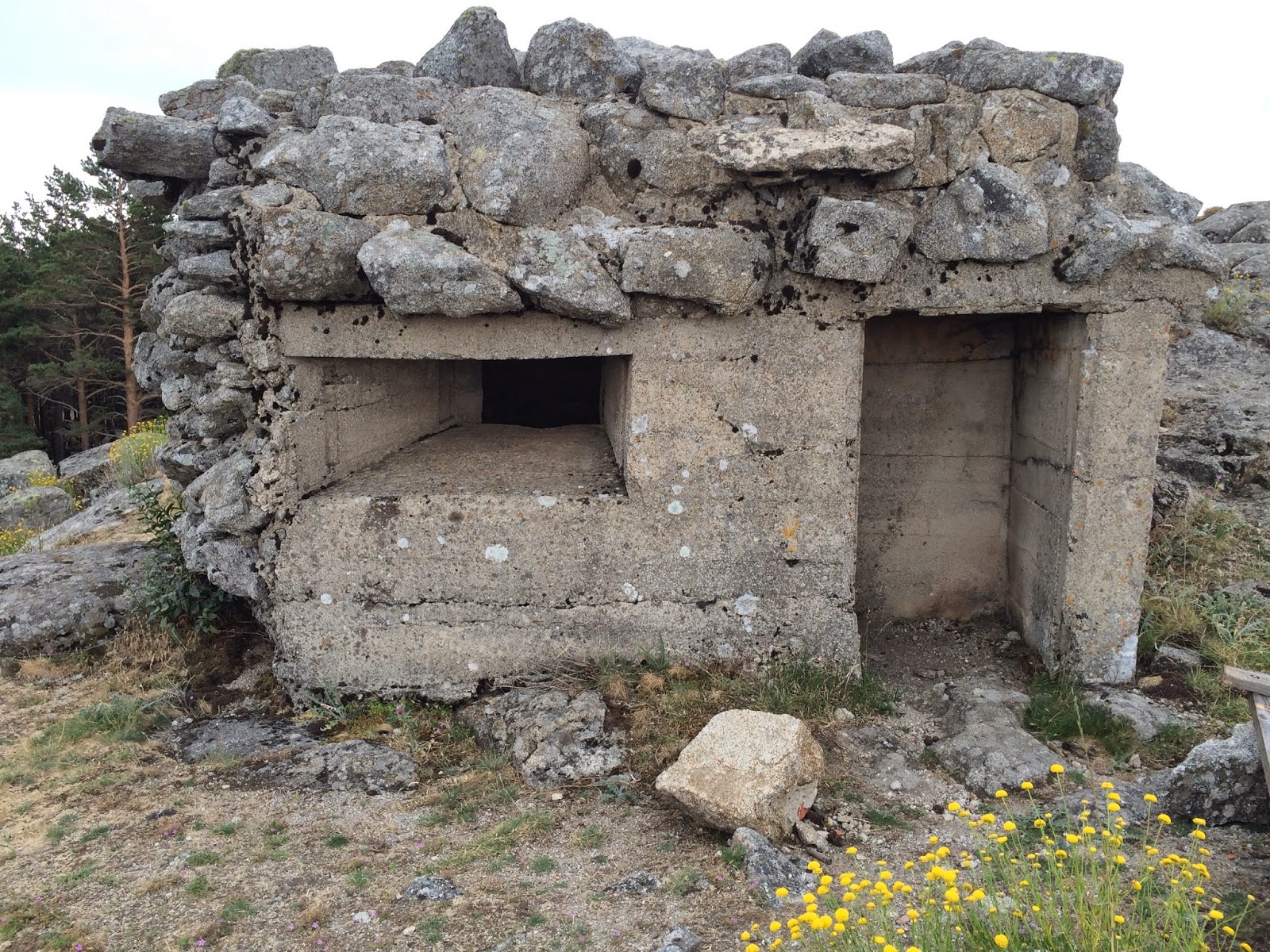 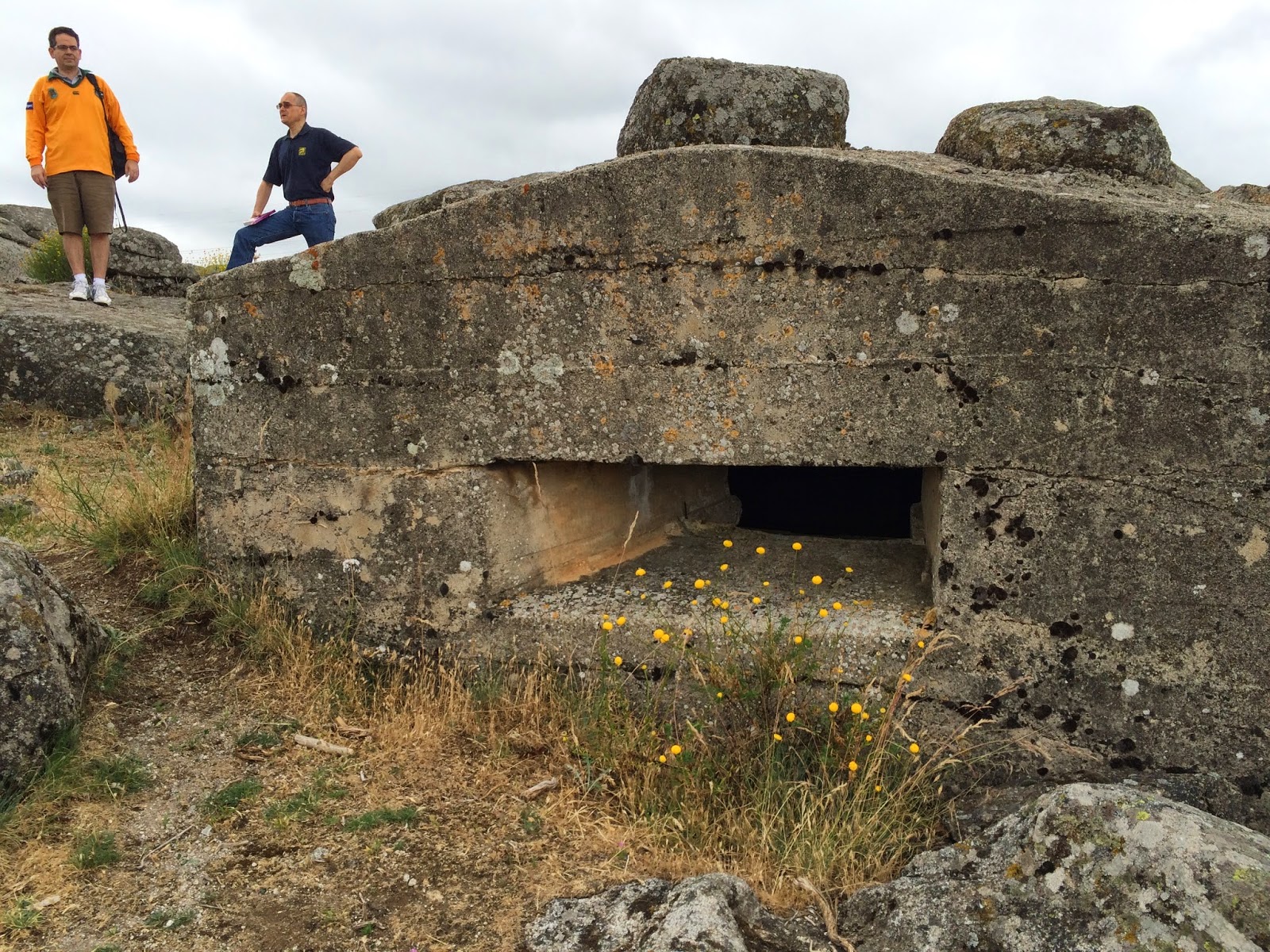 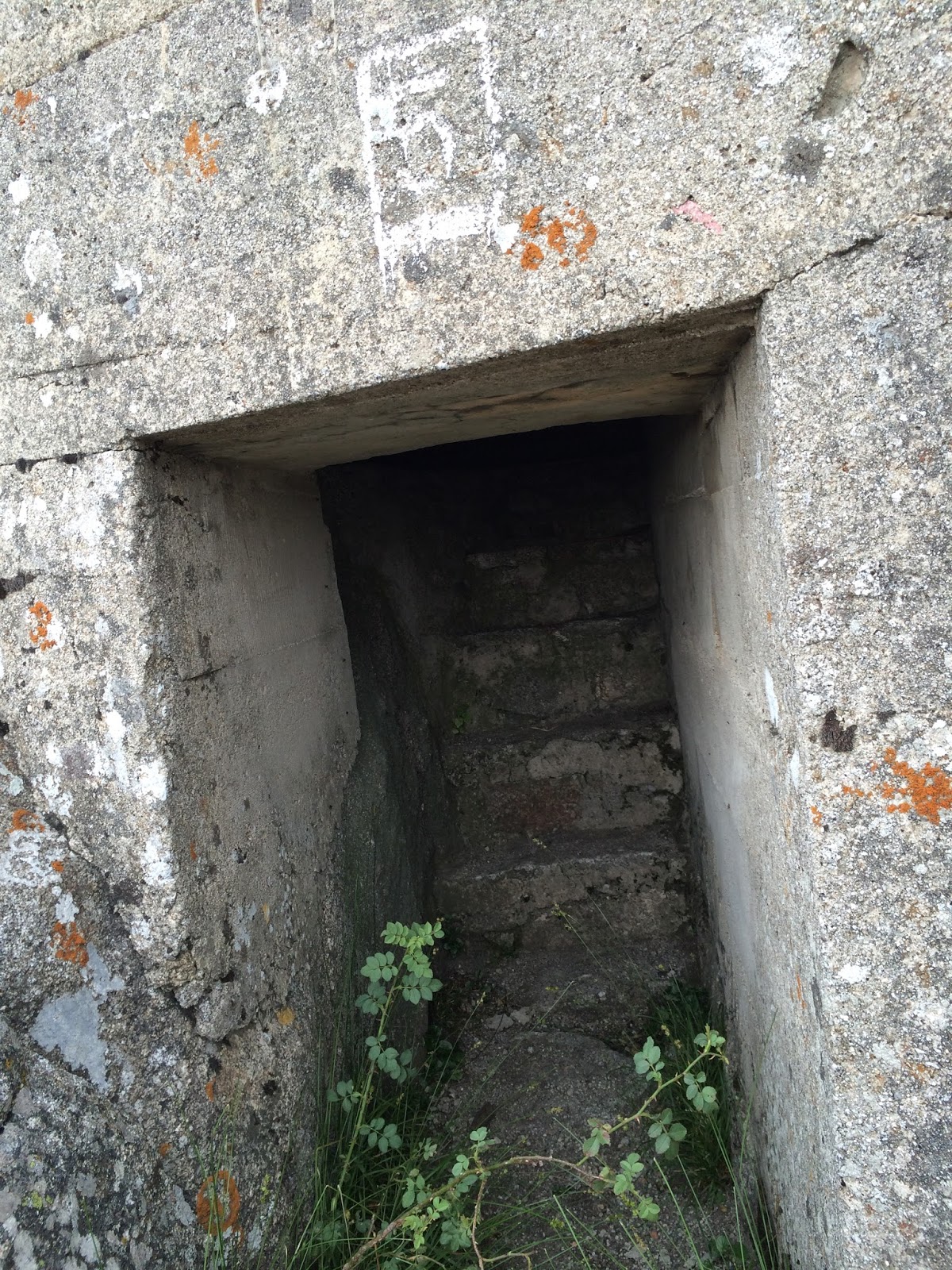 The building in the rear of the position: 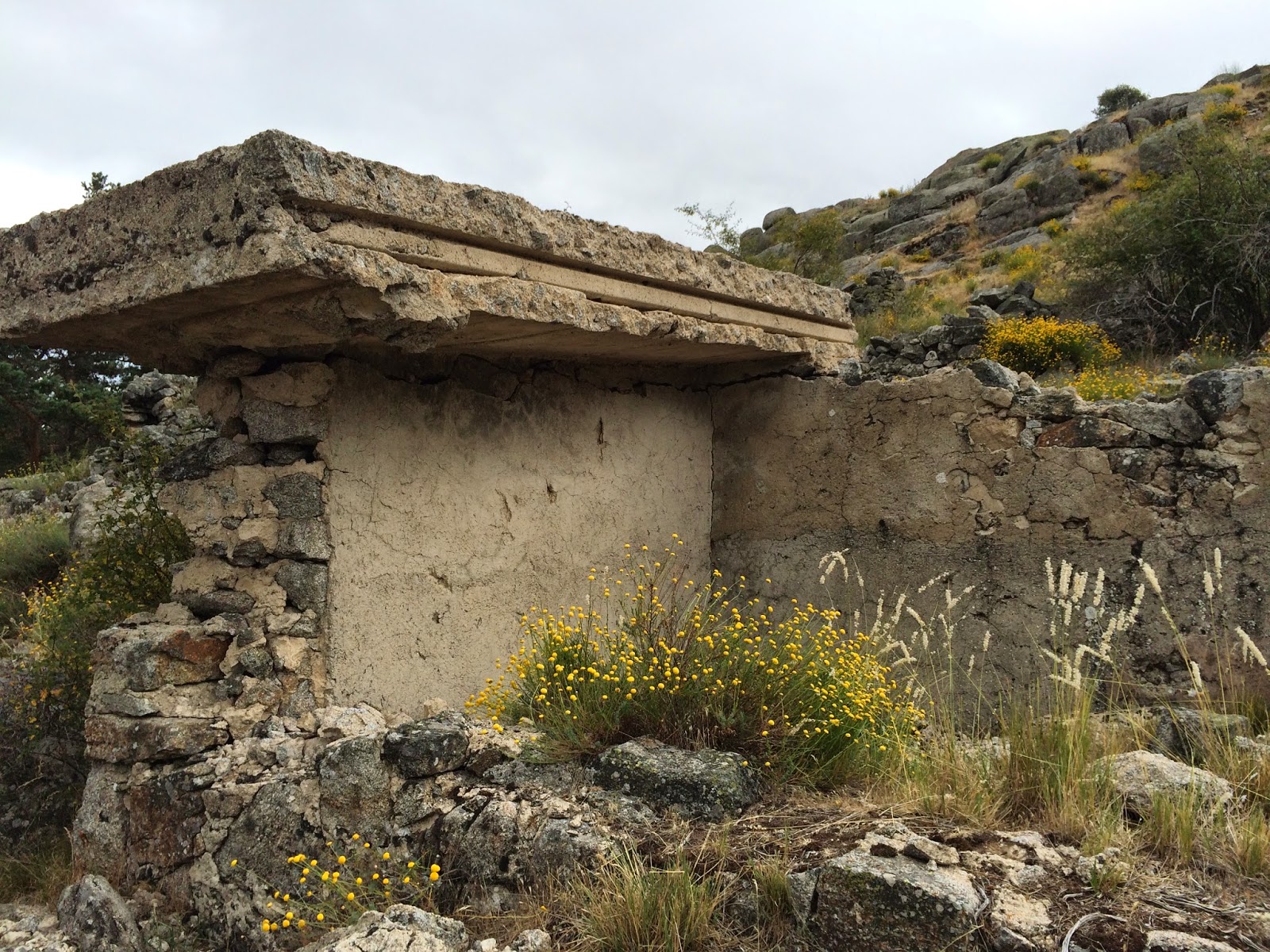 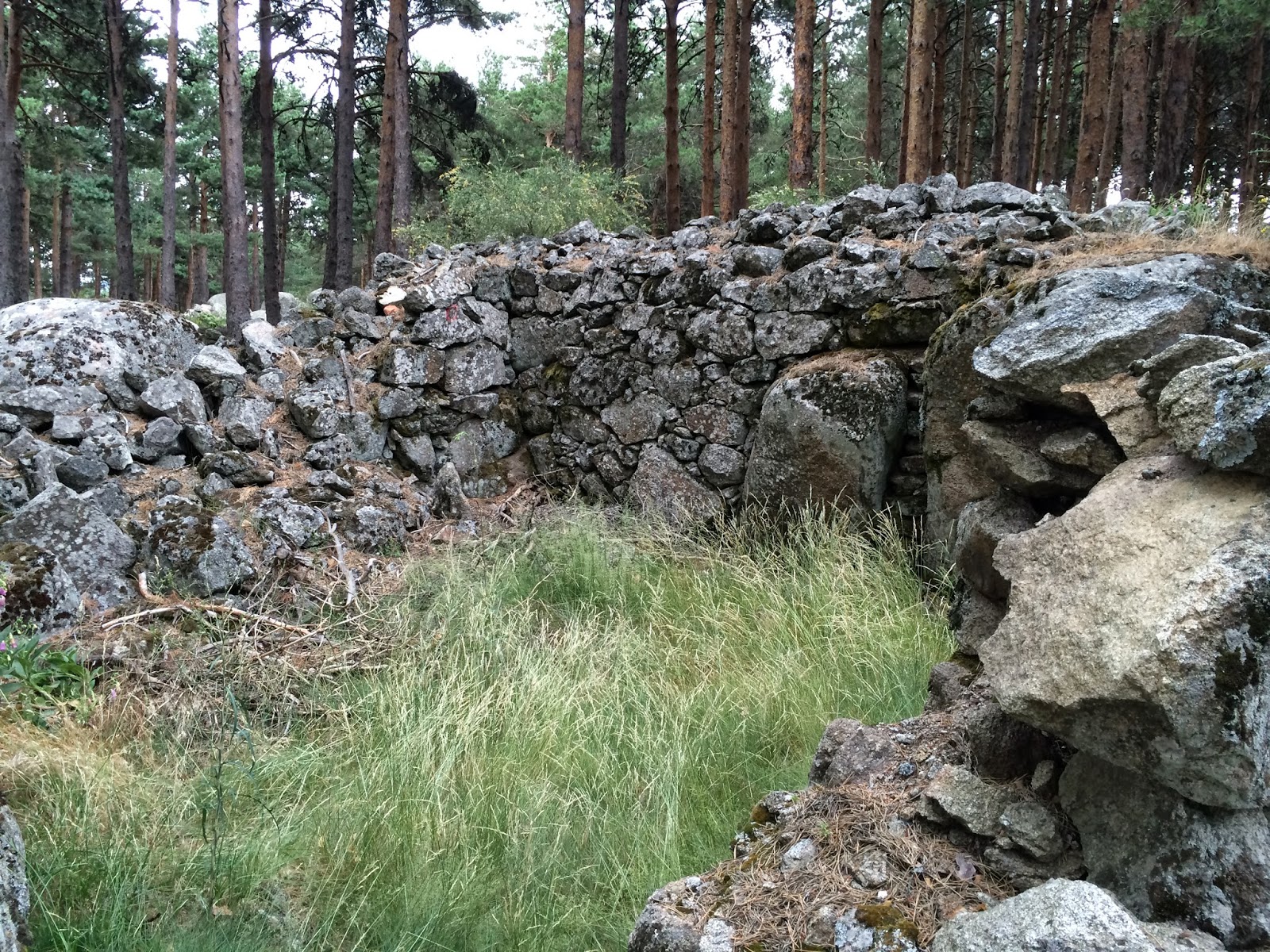 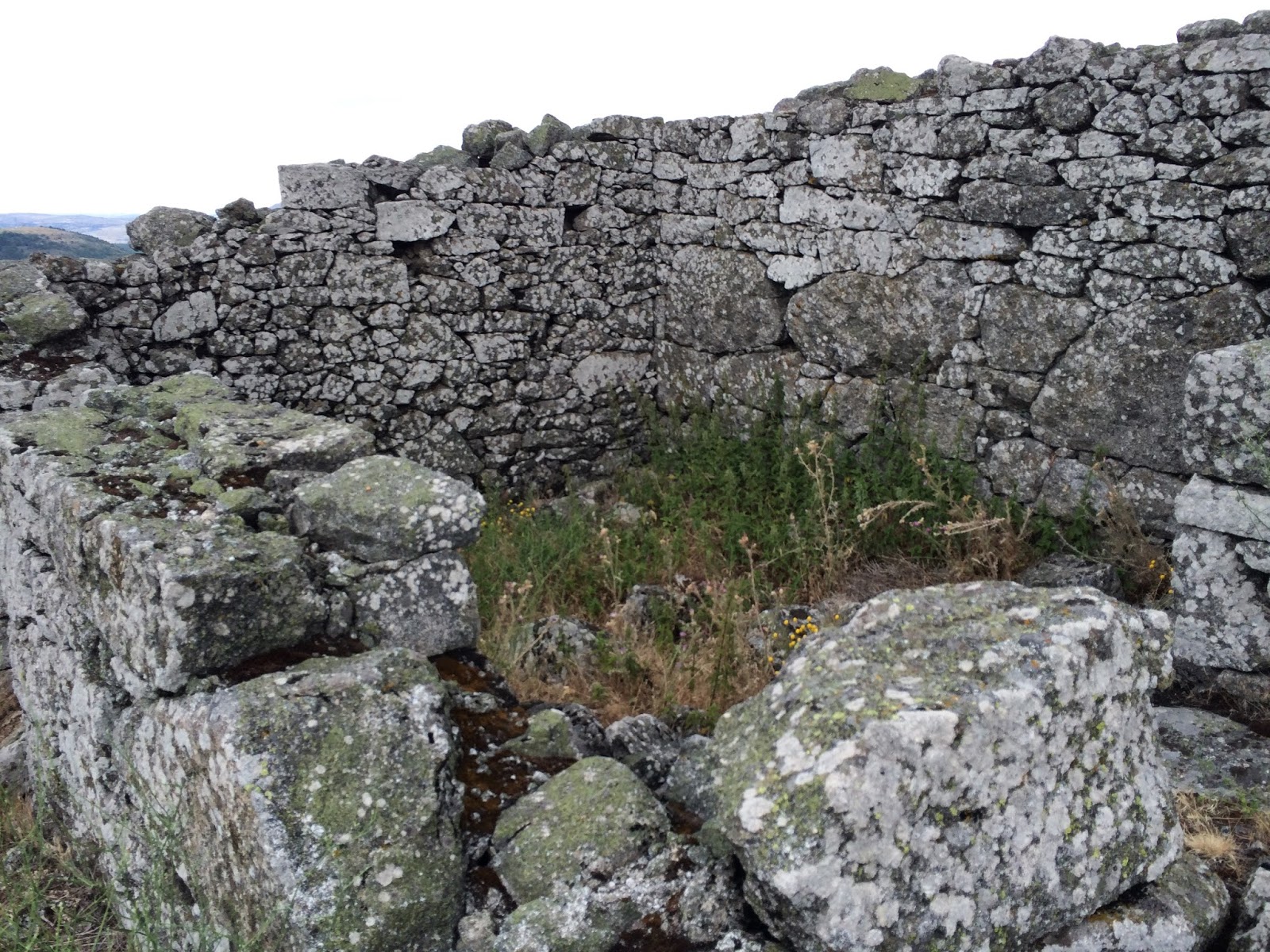 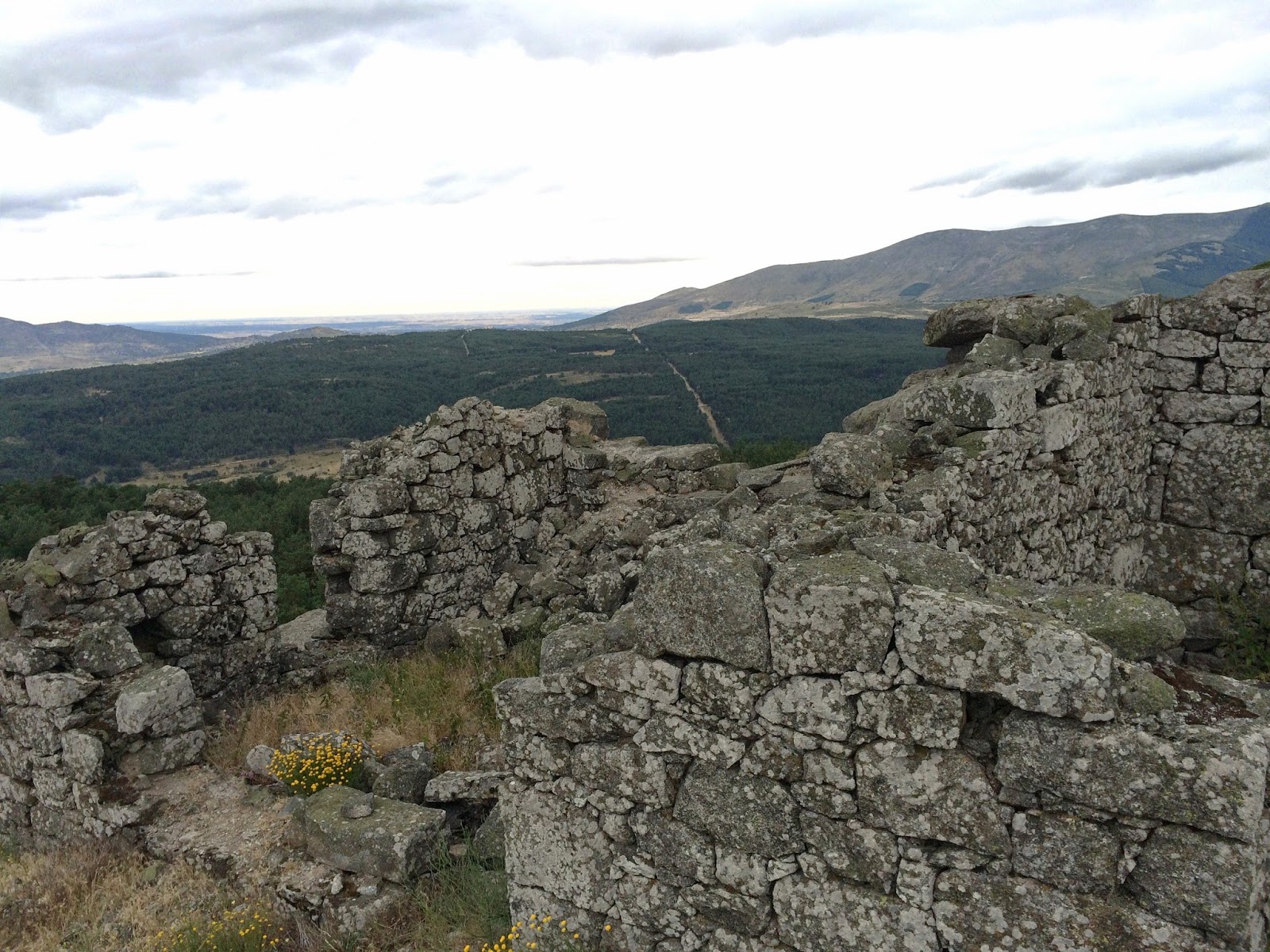 In the next post we will visit Cabeza Líjar.