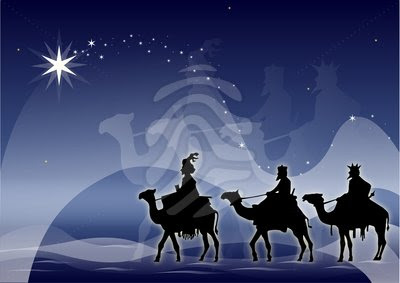 Despite the increasing penetration of American cultural items and icons in our country (as illustrated, for example,  by the rising popularity of the Halloween celebration over the past years or Justin Biever's madness among teenagers), Santa in Christmas Day (December 25th) is still at a disadvantage versus the Three Wise Men (a.k.a. the Magi)  in Epiphany Day (January 6) as the key date to exchange our Christmas presents. True, in my family we have diversified the celebration as my in-laws (who lived overseas more than 30 years) still favour the former and my mother the latter... so a double whammy for the grandchildren who get presents in both dates ...yes I know, lucky bastards :-)

In my case, I go for the traditional date in January and this morning I got a lovely selection of Vietnam war related books, a period which I have recently started playing with Charlie Don't Surf.  As in the other TooFatLardies rules-sets, it is quite important to learn about the tactics and the features of the different armies in confrontation (remember that you "play the period, not the rules") if you really want to enjoy the experience. So this is what I got:


Infantry in Vietnam- Small Unit Actions in the Early Days (1965-66) by LTC Albert Garland.  Well, I think the title speaks for itself, the 300 pages of the book cover the "enemy", patrolling, ambushes, offensive, defensive and special operations actions, as well as chapters on fire and combat support, engineers, pacification and leadership lessons. A small gem, dealing in detail with platoon and company-sized actions suitable to be converted in  scenarios for CDS. Printed originallty in 1967, my edition is from 1985; unfortunately this is an out of print work... but Amazon Marketplace came to the rescue!.. and I got my (used) copy for a few dollars.

A distant challenge-The US Intryman in Vietnam 1967-1972 by LTC Albert Garland. This is the sequel to the book above, but I believe with a different scope (I had time enough to skip briefly thorugh the text). Some small unit actions, but it seems with less detail (no maps, for exmaple), lots of personal accounts and chapters conclusions with lessons learned. Again out of print currently, but widely available in Amazon Marketplace.

We were soldiers once... and young, by LTG Harold Moore and Jospeh Galloway (a reporter and witness of the battle). A clasical work about the Ia Drang battle, allegedly the first major clash between the US and the NVA armies...  and also a Hollywood Vietnam favourite, starring Mel Gibson. Probably many of you have watched the film (me too!) but I after reading a couple of chapters this morning, I have no doubts that the book will be clearly superior. This work is still in print but you can get a second-hand copy for less than US$2.0.

Not a Christmas present, but to conclude this chapter about Vietnam, I would like to share with you this couple of useful links to good reading materials:

The US Army Center of Military History. I can recommend some of the works there, in paticular:
The other is a website called Vietnam War Resources, a fantastic well of information. I cannot describe much about the content: found very recently,  I'm still digging in.

I hope this is useful information for Vietnam wargamers. And for those who don't play the period, at least you have now some inexpensive resources here that may entice you to take a second look into it.

Today marks the end of the Christmas holidays here in Spain; but luckily we have a full week-end to recover and adapt ourselves to the usual routine starting Monday. I hope all of you have enjoyed the holiday period and were awashed with presents and love from your relatives... and from Monday we will start living the "real" 2012.
Publicado por Anibal Invictus en 10:05