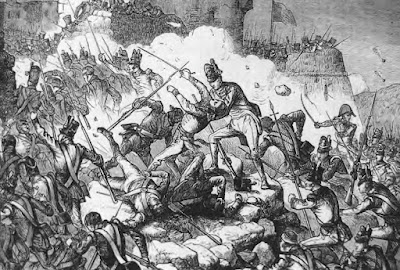 The French and British forces in the Iberian Peninsula fought today for the control of Cascajales de Alba, a small poor village in the border with Portugal, but key to the French defensive line in the Tagus valley.

This was Scenario 5 of the Sharp Practice book. The French were on the defensive this time and to win, the British must capture the house with the blue line on the map below. The French had a Regular core force plus 10 support points, invested in a gun with leader level I.
The opening moves of the British saw the two line infantry formations deployed and quickly advancing to behind the low hill chain overlooking Cascajales and the French sending the Voltigeurs skirmishes to harass the British forces. 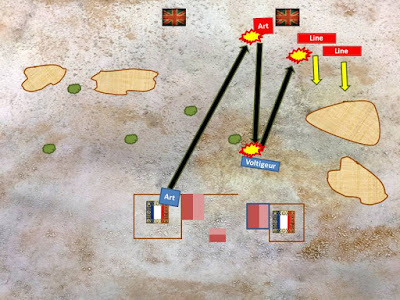 A RHA gun was also put into action early in the game shooting with some effect on the Voltigeurs, that pulled out and moved towards the protection of the village. The French deployed a gun and shot the British artillery while limbering to move in support of the British infantry. 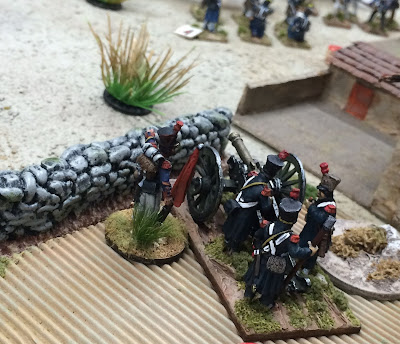 The following turns saw the first British line formation  decresting the hill but facing the fire of a French line formation and the gun redeployed to the  right of the infantry. The Voltigeurs, once recovered the shock, also joined the fight. The british line stopped and start firing, initiating an exchange of fire in which the French initial hold the upper hand, even forcing the RHA group to withdraw due to excess fo shock. 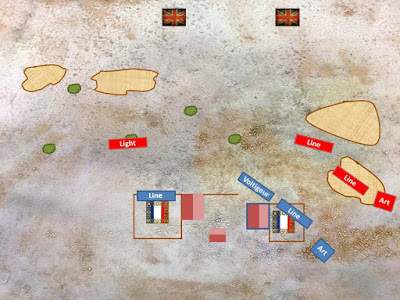 But as usual, the British fire showed to be the most effective and the ranks of the French infantry thinned out quickly while their gun also suffered  a lot, in the end  being forced to withdraw due to excess of shock. 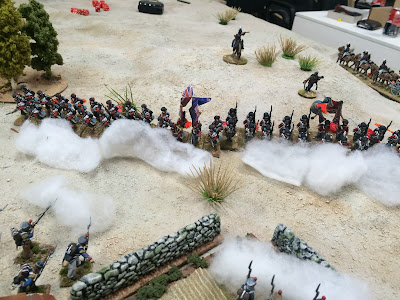 A British light skirmish group was sent to the left of the French line, forcing to spend the last reserves (a line infantry formation) to parry the threat. Wisely the, light British pulled out behind a small woods but delaying enough the French formation to fail assisting in the main attack of the British on the right. 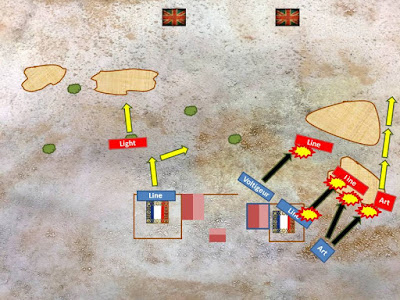 At the other side of the line, the French were suffering significant casualties: one of the groups was at 50% of effectives while the other was forced to withdraw with excess shock. The British line on the crest was also receiving heavy punishment, and some of the infantry groups were at the verge of starting to break out.  The other British formation finally arrived and charged on the beleaguered French… 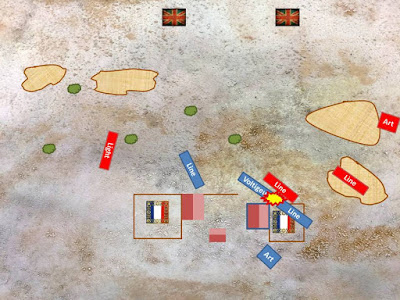 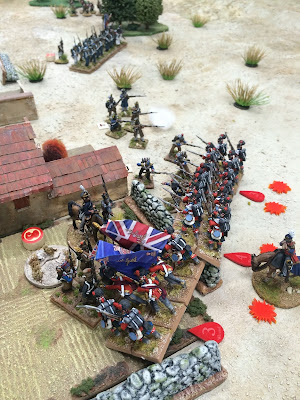 ...the results were undisputable as you can see in the photo below: 12 KIA that put out of action both the remaining line and most of the Voltigeurs; and this in exchange of three kills on the British. 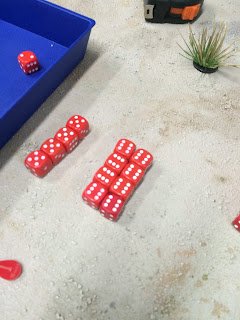 We didn’t even roll the Force Moral results but I estimate that would have lost easily 4 to 5 points. Although we still have one formation intact it was pretty clear that the likelihood of re-conquering the objective was lower than low, therefore we call a general retreat and leave the battlefield under British control. 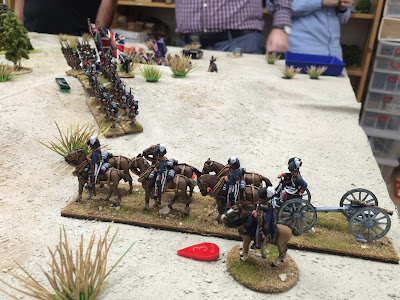 This game lasted over three hours, longest played so far mainly because the exchange of fire between the British on the hill and the French defending the objective extended a long time. There was never a clear winner until the last charge and the British, so emotions run high most of the game. 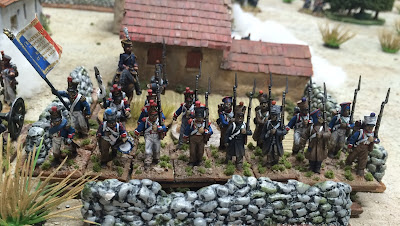 I think the main mistake on the French side was (again!) not concentrating the troops. We should have sent one Voltigeur group to parry the British light threat and deploy both line formations together. In any case a most enjoyable game and firmly in our way to master the rules facing the campaign around the Retreat to Corunna that we are now designing. 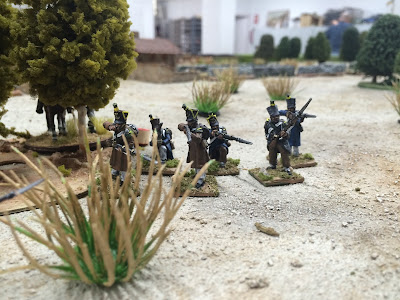