As expected, the end of the Christmas holidays has reduced my total paint time and slowed the output. In any case I have been able to produce one new 12-men levy unit for my Saga Late Roman Army warband. 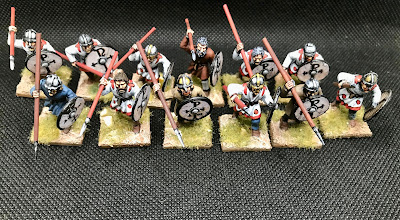 Being levies I wanted the unit to lack uniformity. So instead of using the Gripping Beast Late Roman Infantry box, I decided to scavange different pieces from the Dark Age Warriors box and spare heads with helmets from other different boxes. 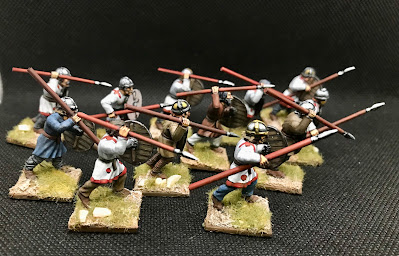 My idea was that likely they were supplied with helmets,  Roman army tunics and shields when called for service. But being conscripted, some may be have been arriving late or the army's depot may have been depleted, and therefore they had to provide their own clothing and weapons. 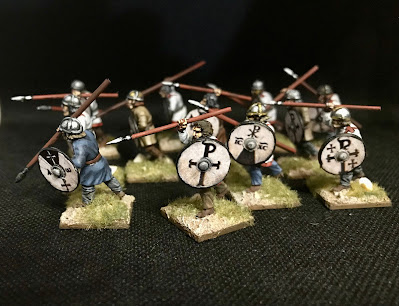 Another example of the flexibility allowed by the Gripping Beast plastic boxes, many of whose parts can be interchanged, providing endless configuration options. The shields are transfers from Little Big Men studios. I went for a similar pattern to give the unit some uniformity.

With this entry, my scoring stands now at 310 points, representing 44% of my Challenge's 700 points target this year.