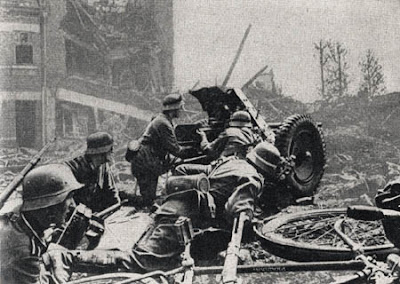 The third game of the Vyazma or Bust WWII east front IABSM campaign was played today in our club. After two consecutive victories, a reversal of fortune for the Russians who lost in their attempt to control the road towards Pochinok, the gate to regain control of Smolensk. Should the Russians have won this game, the campaign would have concluded today... the battle continues! 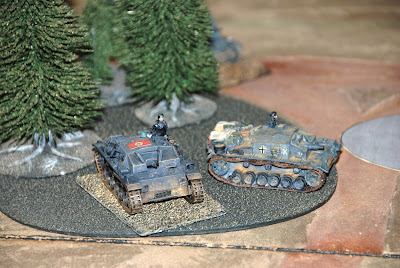 Forces, objectives and initial deployment
Following the initial success at Izdeshkovo and Belyj, the Red Army launched a strong offensive to try recapturing the city of Smolensk. The German troops are forced to go into the defensive, building a series of reinforced strongpoints around key locations, gathering any available forces in each place.

The scenario recreates the attack of a powerful Russian combat group to one of these strongpoints, located in the road near Pochinok. The Russian commander has amassed three infantry platoons, an assault SMG platoon, a weapons support platoon with 3 HMGS and 3 light mortars, reinforced with  2 AFV platoons (a  4 x T-34 platoon and a 4 x T-26 respectively).

The Russian units entre the table in blinds though the east side of the map and the objective is to take the 2 hamlets in German hands (minor victory) while avoiding losing any of the precious T-34 tanks (major victory).

On the other side, the Germans start the game dug-in along the main road running north-south, including the houses of the two villages in the map. They also deploy in blinds. The German forces comprised 2 infantry platoons, 1 support weapons platoon (3 x MMG), an engineer platoon and 2 AT guns, in addition to some surviving AFVs of the 5th Pz Division (2 x Panzerjagers guns and 2 x Stug III).

They win if at the end of the game  both hamlets remain under German control  (minor victory) and no Russian units are on or west of the road (major victory). 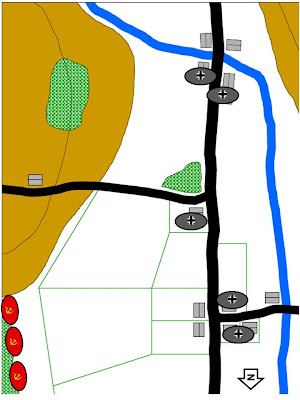 The Russians decided to concetrate the attack in the north-east corner of the table. They could put 4 blinds each time the Russian Blinds card came out of the deck. The initial forces entering the table included two infantry platoons, a recon platoon and the T-34 platoon.

Battle development
The Russian units were spotted in the first few turns as they were moving in the open in full sight of the entrenched German units. The Russian commander deployed the T -34 tanks and most of the infantry in depth formation and towards the hamlet on the north...

... but soon the attack bogged  despite the superiority in numbers, as casualties and shocks accumulated in the Russian units, caught with in the open with no cover... 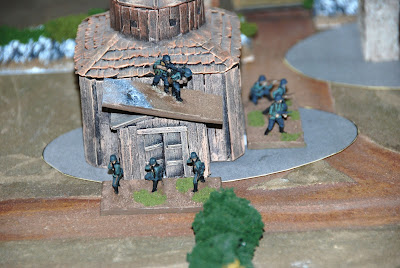 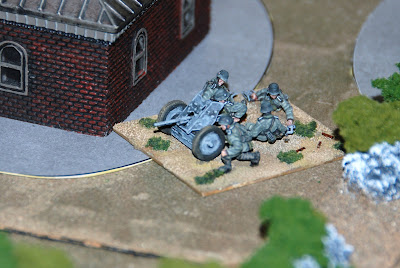 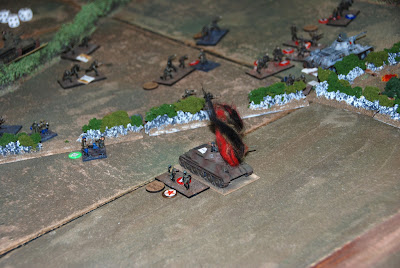 In the central part of the table, an attempt by the Russian T-26 platoon to make a flanking move was parried by the the Panzerjager and the Stug III units moving along the road from their initial positions in the hamlet at the south edge of the table... 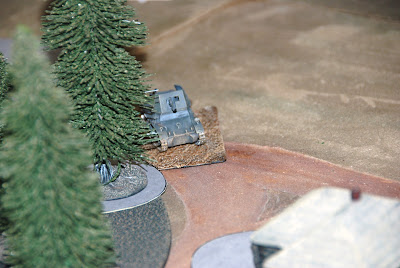 ... forcing the small Russian tanks unit to retire due to accumulation of shocks.


Failing to make any signficant harm to the the well entrenched German units and with both attack pincers satlling, the Russian commander ordered to disengage and to return to their own lines. The victory was for the German players.

After action comments
This is the third game with IABSM. Despite fewer players today (2 Germans and 1 Russian) and a larger number of troops on both sides, the game was played at a very fast pace and concluded in just 3 hours.

The players now seems to have a good mastery of the rules and in most cases could resolve attacks, spotting attempts and other situations without the umpire support. In general, very few time was lost looking at the book or arguing about the rules, which really helped to provide a faster momentum to the game.

Some complaints came from the Russian about the scenario, specially because he had to move in the open most of the time, being quickly spotted and fired. It was difficult for him to spot the Germns in their positions without being forced to move too close to them for his comfort.

However the rules were not a matter of argument and now I can confidently say that IABSM is officially adopted in our gaming group as the preferred IIWW set.