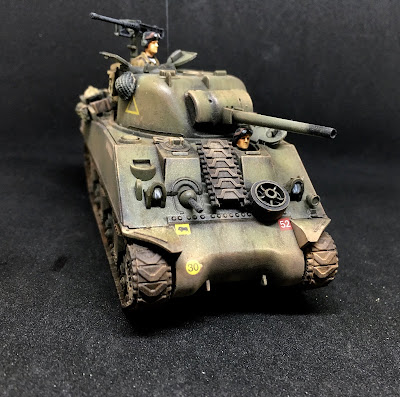 And today Saturday I had the opportunity to conclude my latest model, a British-crewed Sherman useful either for either Chain of Command or What a Tanker. This is part of the tail of models that I could not finish before the Painting Challenged ended a month ago.
This is the Rubicon plastic model. The box comes with four possible variants and I chose the Sherman Mk III widely seen in British service. 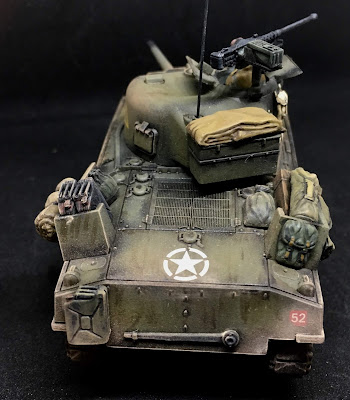 The markings are those of the 11th Division (as my Firefly and Cromwell models), the second armoured regiment (52), A squadron (yellow triangle). 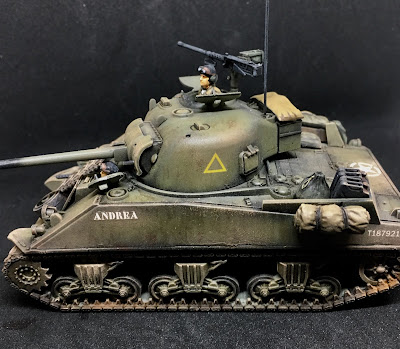 The model was painted with airbrush: olive green basecoat of the Vallejo primer range, panelled with black and then applied two diluted lights of olive green + sand yellow. For the first time I also used Mig’s streaking product range in addition to the washes. After matt varnishing, I used dried pigments for the final weathering. 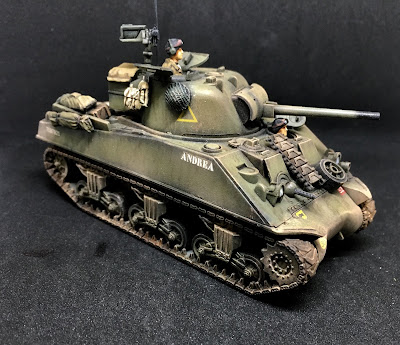 This is not however the end of the weekend. Tomorrow I’ll have a Commands and Colors Napoleonics game in La Grande Battle format. So all in all, a most relaxed and fun weekend for me