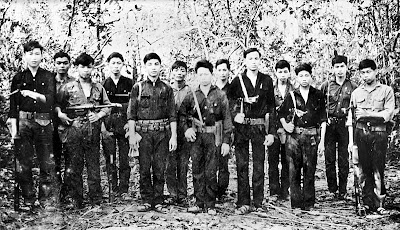 The final batch of Viet Cong figures painting was concluded last week end and I hope to enroll soon some of my gaming mates to start testing Charlie Don't Surf, the company-sized Vietnam rules of the TooFatLardies factory. I reckon to be a slow painter (very slow indeed) and the 52 minis that I present in this post have taken me almost a year to finish; not that I dedicated full time to this as in between, several WW I, WWII and Napoleonic models were also painted. But at least I have the critical mass to start playing.


The scale of these minis is 28mm and the manufacturers used were The Assault Group and Force of Arms. I find that they mix very well and both complement each others ranges nicley.

Here we have the units commanders... 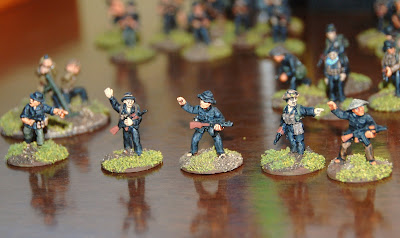 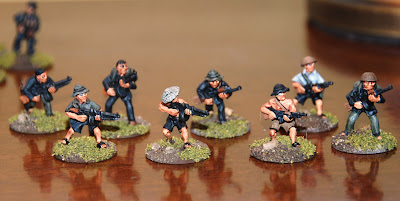 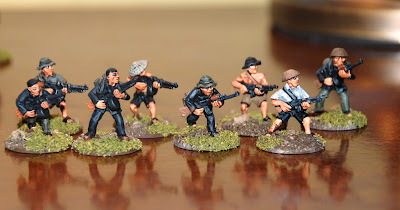 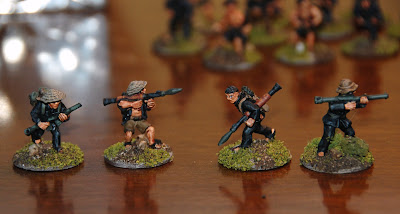 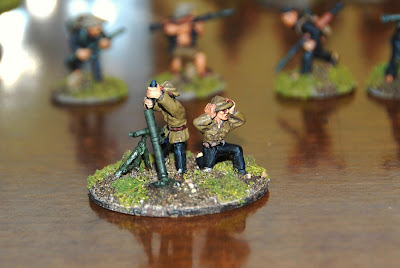 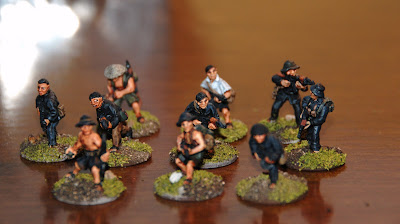 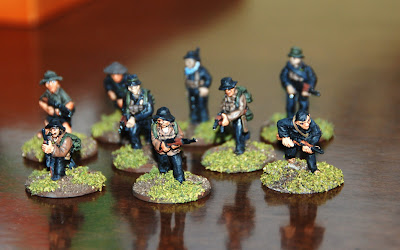 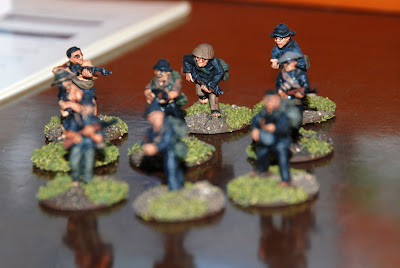 I don't know you, but everytime I conclude a project I feel exahusted and fed-up; I need to turn my attention to some other radical different period. In this case I'm working on some French Napoleonics, where slowly but surely my forces are starting to build up (some photos soon).

In any case my intention with the Vietcong army is to arrive to six  full infantry sections of 9-men (beefing up the squads with some LMGs, I'm now close to that figure, therefore the painting effort will be marginal) and to add some additional support weapons (HMGs mainly).