Christmas Holidays (war- and other-) games 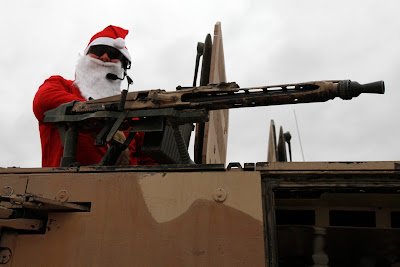 The first leg of the Christmas holidays is over, food, drinks and gifts... but NOT the gaming activities. On Sunday, I organised with my two kids and some of their friends a Zombie game. 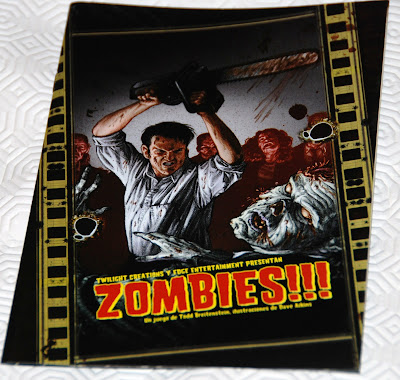 A terrific and compexity-free game (my son is only 12 years old), Zombies  come with two large bags of male and female plastic zombies and  six humans. Each player owns a rifle and has three lives. In each turn, each player displays a street segment from a deck where he may eventually find ammo and additional lives, as well as (of course!) zombies. The game ends when the helicopter field is displayed and one player is safe on board or when one player kills 25 creatures. 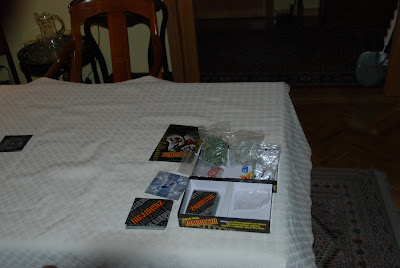 The four kids were hooked in the game from the very beginning and quickly developed some basic tactics to survive the zombie horde,  reaching implict alliances to reduce the advantage of the leading player each time, etc. ...I've been stromgly requested to organise another game soon!

But this is not all. On Thursday evening a large gathering at the club of the Lardie section to play a major engagement with the WWI  rules "Through the Mud and the Blood". We will have cavalry, tanks, artillery... and stosstruppen of course!!. I've been painting some new figures for the game:


Note: I got a problem with the varnish; it is a matt tone but for whatever reaons the finish is glossy!! I'll mix with more care the content and will re-varnish the figures. Hopefully this second tiome they will be OK.

All in all a good start of the holidays, let's  hope to maintain this trend over the next two weeks. I'll post a full battle report of the WWI scenario later this week.
Publicado por Anibal Invictus en 21:45