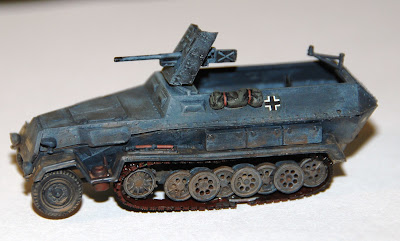 I did not have anything specific planned for Christmas on the wargaming side, but the campaign of Vyazma or Bust has triggered my appetite to paint some more early war German vehicles and figures to reinforce my troops. These are the last additions, a Platoon command vehicle SdKfz 251/10... 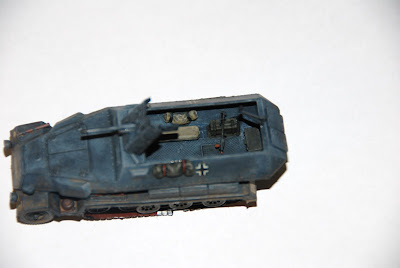 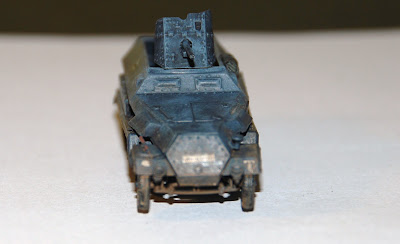 ... with a Pak 36 on top. This is an old Esci model that has been lying around since the early 80s. The kit is generally OK except for the tracks.

I aslo made some progress with a flamethrower stand, that will be attached to a combat pioneer unit in the near future, and tank-hunting team 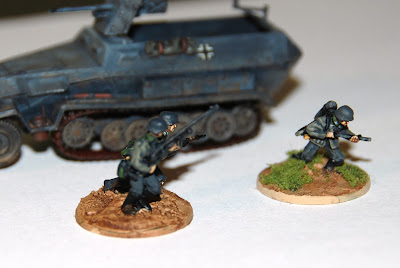 I need now to work on the bases for the ATG team and the Hanomag. I also need to find a nice command figure to ride on the half track. Im the meantime I continue with the painful rebasing work (... the wargamer's curse)