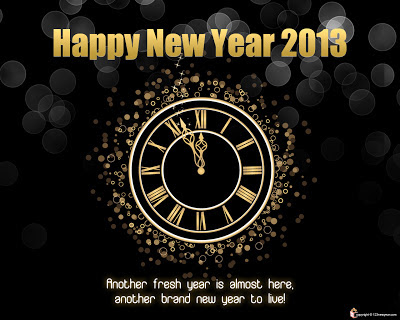 With just a few hours away in Europe to conclude 2012, I'd like to wish my fellow world wargamers and bloggers a most fruitful and successful 2013... and for the rest of mortals, hopefully some enlightment to the gang of useless politicians governing our countries (not just talking about mine, but overall). As for my resolutions and projects, I aim this new year at a twofold objective: to consolidate some of the wargaming activity developed in 2012 and to start at least one specific project.

Probably not very ambitious, but surely there will be new temptations arising along the way: the dark side of señor Clarke from TooFatLardies makes him unpredictable, and he's already tempting me with a revised "Algeron", a WWI plane game rules, and the long awaited "Chain of Command", the platoon-sized WWII rules to replace the ageing Troops, Weapons and Tactics that should be ready "before Easter" ...hopefully of 2013, although he did not make a specific statement :-)


Coming back to the main subject of this final post in 2012, in the field of consolidating projects, I plan to continue developing WWII games with I Ain't Been Shot Mum following the most succesful experience with our Vyazma campaign; keep on playing Vietnam games with Charlie Don't Surf; and hopefully paying more attention to WWI with Through the Mud & the Blood. The latter has been a much neglected period in 2012 by me,  but probbaly this will change now that we have the Gallipoli campaign in motion; also my appetite has revived after the really excellent article on German Stormtroopers of the last Christmas Special, written by one of my favourite bloggers Sidney Roundwood.

The only new project that I really would like to lead in the club this year is the introduction to Dux Britanniarium, the Dark Ages rules set by TooFatLardies. The starting base is solid, with a few of my wargaming mates already committed and interested, and a Romano British Army 75% painted. The following steps should be: competing my army, looking for an enemy (some of my mates are alredy working on their armies), work on scenery (Dalaupprors' and Mike Whitaker's blogs are two endless sources of inspiration)  and waiting for the incoming "Raiders" supplement.. hopefully again "before Easter".

I think this is enough to have a full year of fun, considering that I have to make it COMPATIBLE with my business  (tough in 2012 and looking even tougher in 2013), family (my loved but ageing parents and in-laws are a growing source of worry; while having a daughter about to be 18 years old, notwithstanding being a marvellous girl, but at a key crossroad in her student life will also be a major source of attention and care this year...) and, OF COURSE, my painting, blogging and reading LIVES.