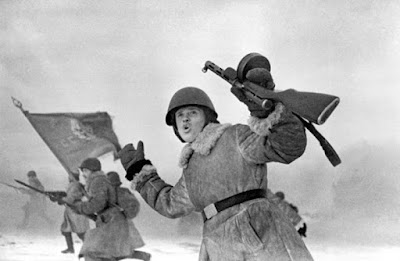 We left the Arnhem campaign to rest this weekend, in the absence of one of the campaign players. And moved our troops to the Eastern Front, ahead of the planned campaign due November using the Chain of Command  scenario supplement Winter Storm.

Our interest was to test the new special rules and Red Army units included in the book and more specifically the cavalry. Today we fielded several dismounted squadrons; these are small platoons (made of 2 squads with 8 men each) that have a special activation mechanism: they use one set of (five) dice for each two units, and you have to distribute the dice between both in each activation phase. 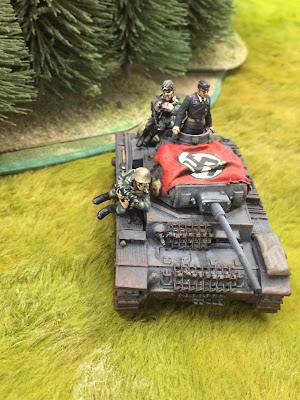 We also took the opportunity to introduce Chain of Command two new club members who really seem to enjoy the game, despite being drafted for the losing side (Soviets).

For the test we chose “Scenario 2 - The Defence of Pokhlebin”. A small village garrisoned by elements of the 6th Panzer Division is attacked by a Red Army force, whose mission is to control the village after 4 turns. The terrain is mainly flat and the only special features are a couple of scrub that provide some protection to the troops inside. We added nonetheless a few small hills to give some further protection to the attackers when approaching the village.

The patrol phase set the starting positions of both contenders as shown in the map below. 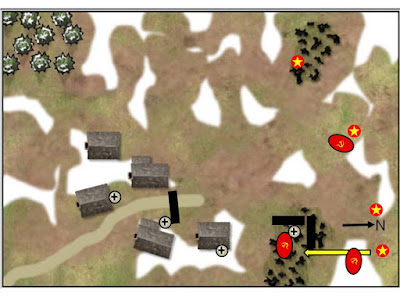 The Soviets moved first. I rolled the dice and was fortunate enough to lock four consecutive activations in a row, allowing my platoon to run to the scrub area south of the Red Army tactical edge (north side of the table), capture an enemy jump-off point and deny the use of two trenches located there... a good start.

The Germans reacted deploying two squads (each with two LMG fire teams) and start pounding my troops taking cover in the scrub. While I was attracting fire from the enemy, a second Red Army squadron with two sections deployed on my back and came to reinforce my position together with a flamethrower team.

To the right of our line a third squadron and a sniper were placed and started to exchange fire long range with the Germans and finally a T-34 (our only armoured support) emerged from the long table edge in the west to provide additional support. 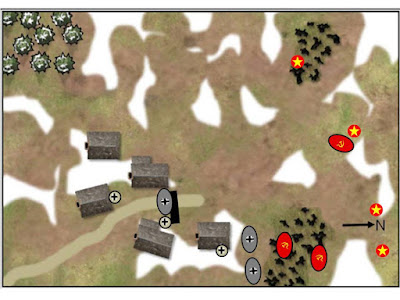 The Red Army advance bogged down somewhat due to the limited number of activation dice and in the fire exchange with the heavily armed Germans my squadron took the worst part (no surprise), but at least I provided time for the other squadron to reach my position almost intact.

The T-34 did not have a great effect in the game: immediately after deploying, the Germans brought into play a Pak 40, taking care of the Soviet tank in two activations, sapping my moral due to the loss of a AFV support asset.


In the meantime the flamethrower team also reached our vanguard position and was ready to fire. A lucky dice roll gave the Soviets two consecutive turns: in the first activation we fired every weapon available to the Germans; and in the second activation, the fresh squadron charged fearless straight towards the Germans in the hope of overrunning the line.

A major clash developed with each side rolling more than 20 dice... but Fortuna was not on the Soviet side today, losing the melee by a difference of 4. This caused the rout of the fighting units who flee and overrun my own troops in the rear, thus falling into panic and breaking away too. The Soviet platoon Force Moral sink to zero and the game was lost. 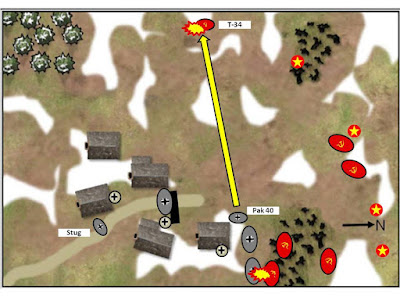 A very dramatic clash with tension running high until the very last minute. The difference in fire power between the Germans and the Soviets is noticeable and the only option for the Soviet is to play the trump (but dangerous) card of the charge.

Soviets are a complete different animal to play, and little of the lessons learned playing Germans and West Front Ally armies can be of application when fighting in the East. It was changelling but nonetheless fun (what else can a waragmer desire!)... but may be  time now to scout around and find some reading materials on tactics before the campaigns really starts (recommendations welcome!). 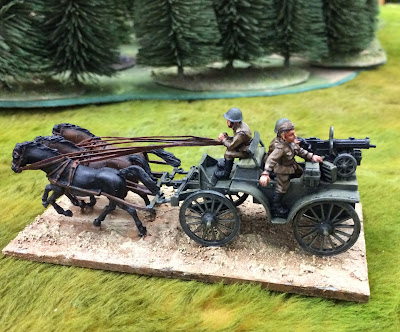 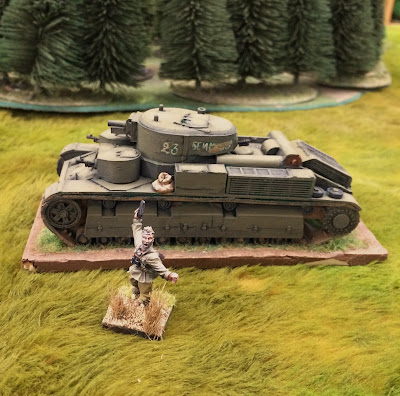 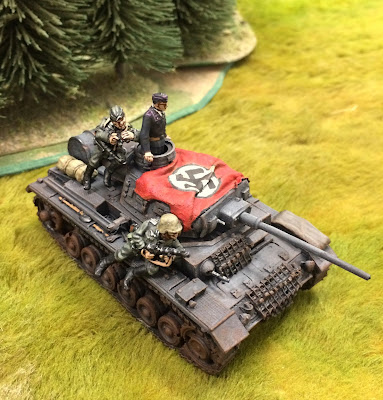 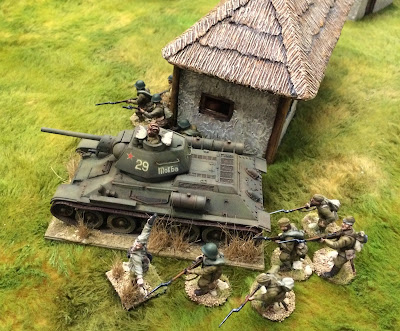