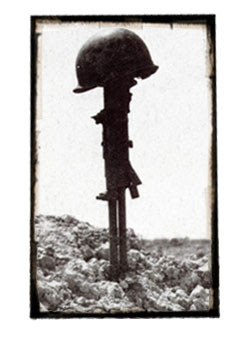 A key mechanism shared by the majority of the TooFatLardies rules sets deals with representing moral and how this affects the performance of the combat units: while the mainstream system used by many rule writers consisits in assigning more or less arbitrary moral values to the units and throw a dice to check if they  remain under control, in the TFL sets, combat units accumulate "shock" points as a result of fire and fighting, up to a limit when it loses cohesion as a fighting force and then run for cover ("loose the bottle").

The main advantage of the system is  allowing commanding officers and NCOs (the Big Man  in TFL terminology) to act and prevent units from accumulating too many shocks, by spending action or initiative points to restore the moral of the combat unit.

In my view this is a much better solution than a unit just breaking away as a result of an ill-luck low dice throw, leaving the table on the run and many times taking with it half of your army, thorugh a cascade of check-moral-dice-throws for proximity to a routing unit (for example, a major weakness of the Warhammer Ancient Battles rules, as I have personally experienced with my Hittite army many-many times in the past)

The only drawback is that you need to track the shocks accumulated by your different units. My initial response to this was a couple of parcheesi counters boxes acquired in the Spanish equivalent to the UK "Poundland" store (="el chino del barrio"), print some numbers in my printer and some glue... et voilá: 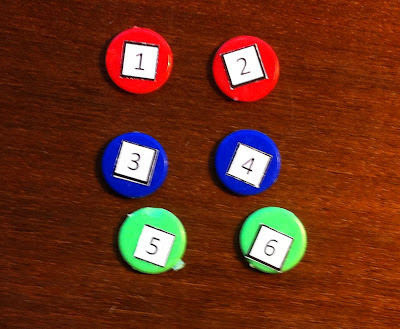 ...cheap, convenient and easy but, you will agree with me, not too elegant at all.

An then recently I saw these markers in the Warbases website. Not particularly cheap (note for overseas buyers: beware of the post charges!!) but truly much better-looking on the table if conveniently treated. Actually, these markers allow for a 28mm casualty marker on top of it (as shown in the Warbases picture). But as I play so many periods, I decided to go for a more "generic" marker.

And this was the final result: 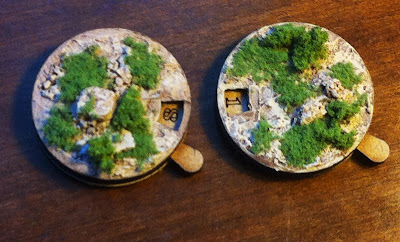 I'm quite happy with my work, as once on the table, they blend with the scenery around, as patches of rock,sand and scrub.

A final note: if you fancy DIY, recently my most admired Sidney Roundwood posted in his blog a very good looking  alternative worth taking a look