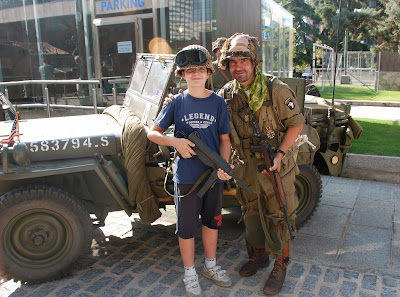 A nice last Saturday summer today and what best than visiting MILITARIA, one of the few military fairs and exhibition in Madrid. I went with my youngest son Alex (pictured above with a "Sreaming Eagle") . The last time I attended MILITARIA was in 2003 (if I'm not wrong) and the exhibitors hall was then the main lobby area of a hotel in Madrid. Today it was at the Palacio de Congresos, a  quite large exhibition center in central Madrid. So I was expecting a signficant larger show than in the past.


My first impression was that MILITARIA is now a much more adult fair than in the past. In the front area before the access gates I got my first surpirse of the day. The Spanish Army camped and brought a M 113 (the vehicle is already decommisioned I think, but this one was in pritine state)... 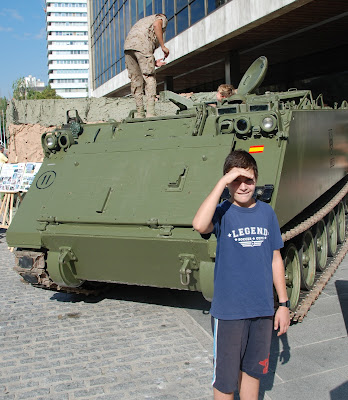 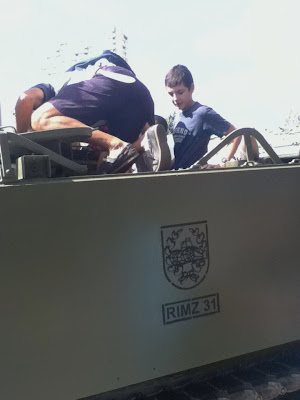 ...that children were allowed to visit. A really kind and very nice corporal from the Tank Brigade "Guadarrama XII" gave a detailed explanation to my son (below in the driver's seat position) about the main features of the vehicle. 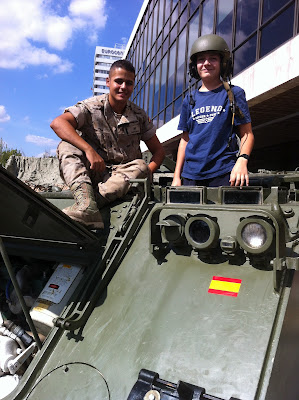 The new "Milán" AA system, now the standard weapon of the Spanish Army, was also on exhibition. 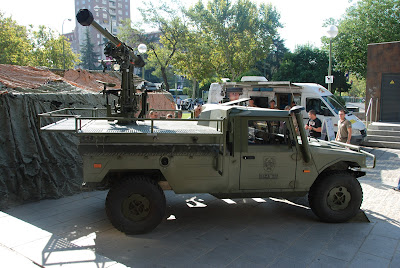 Once inside, the main hall area was really larger than the last time I attended this exhibition... 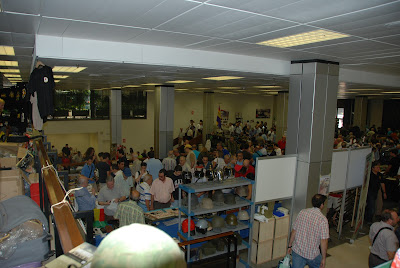 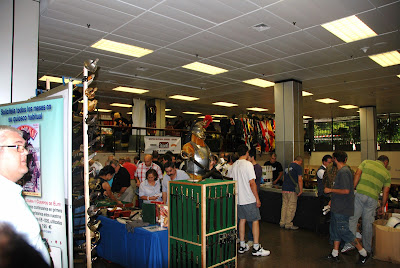 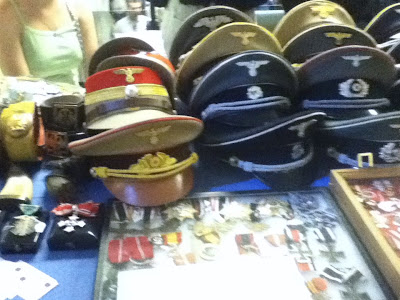 ...but most of the new stands were for collectors and reenactors. My interest was in finding old books about the Spanish Civil War (I own now a large collection, inherited from my father) but alas, I found almost nothing of interest in the books area, and specially old works. It featured some national publishing companies specialised in military history with a suspiciously amount of printed materials dedicated to the WWII German Army and the words "panzers" and SS" dominating the front cover titles.

After 30 minutes looking around, we decided to move to the reenactors clubs area... which also was clearly dominated by associations reenacting the German Army during the II WW. I have to admitt that these guys go really BIG on this and the quality levels achieved can perfectly compete with some British associations that I saw while living in the UK a few years back. 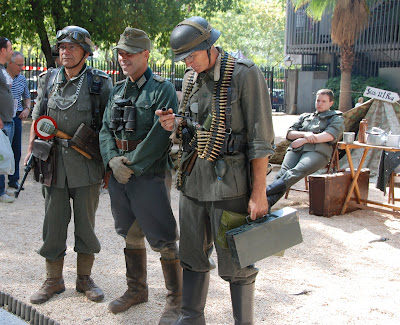 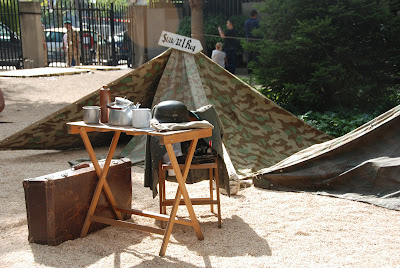 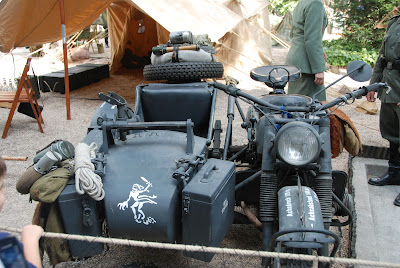 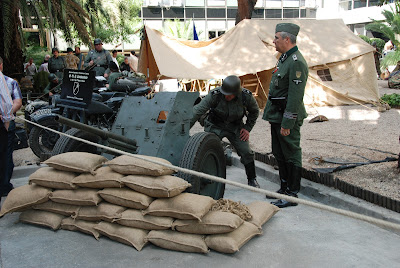 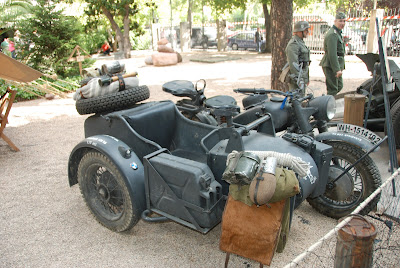 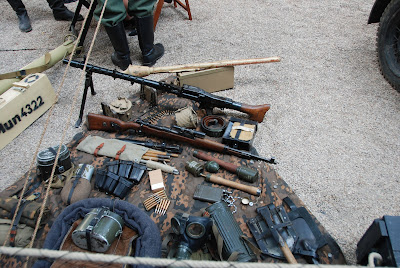 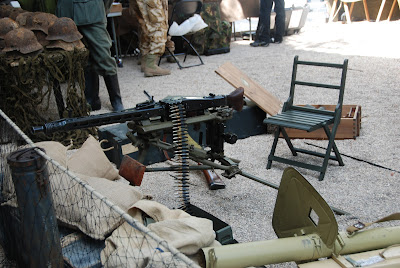 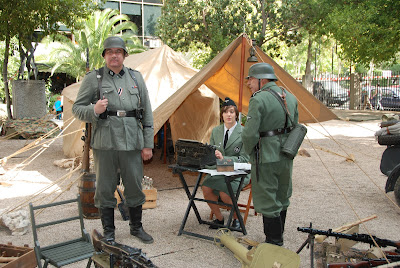 The Allied Army was represented by the reenactors association of the French 2em Division Blindée also known as La Nueve ("The Ninth"). 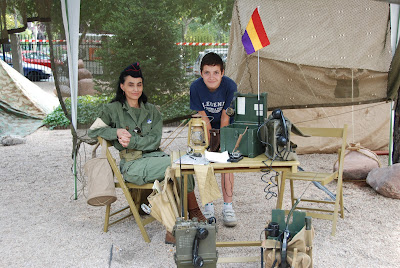 A small explanation needed here. The small flag in the photo above belongs to the Spanish Republic that was defeated in the Spanish Civil War. Many Republican soldiers and officers that crossed the boprder and were held captive in France in 1939, were offered the possibility of enrolling the French Foreign Legion.

The Spanish contingents made the 9th company of the 3rd Battalion of the Franc Corps with Leclerc, fighting with the Free French Forces in North Africa and then in Normandy, being the first to enter Paris in August 1944 (you can read this story in Beevor's D Day) riding some American M3 halftracks named with battles of the Spanish Civil War like "Guadalajara" or "Ebro".

There were  two additional groups of reenactors, the 1939 Polish Army "Poland First to Fight"... 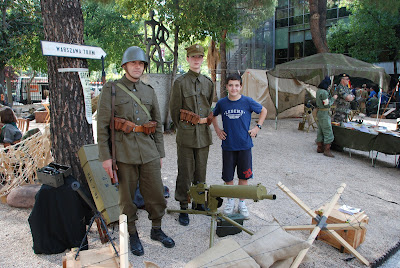 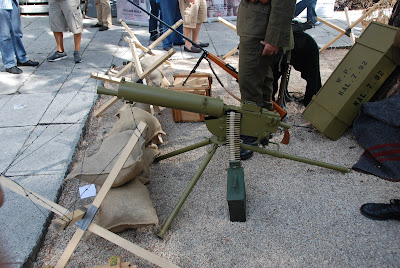 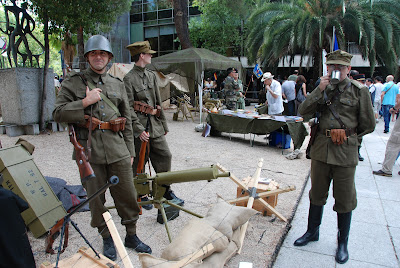 ... and the "8th Army Spain" associations 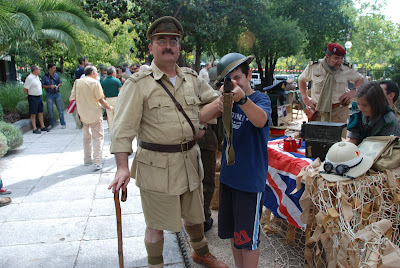 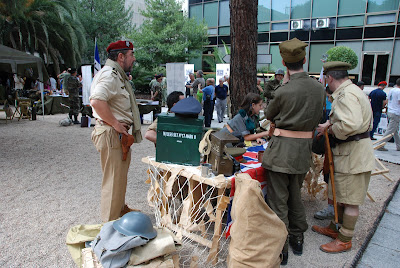 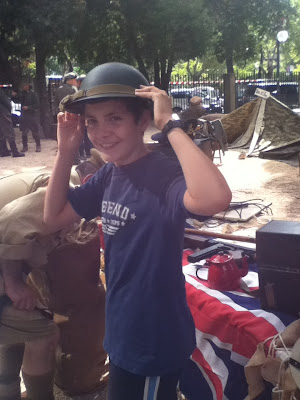 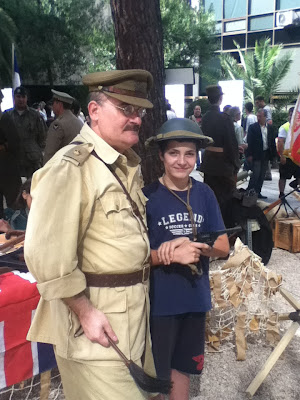 These two asociations are most cheerised to me, as most of their members belong to my wargames club and some are my closer and most frequent gaming mates on Sundays. Lucky Alex was allowed to test all weapons and helmets in the stand, to the great envy of other children (...and not so children...) passing by.

A very exciting day for Alex so far but a final surprise was waiting before leaving: the airsoft firing range. 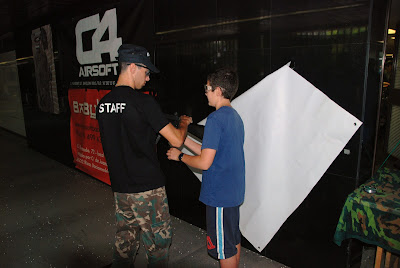 As you can already infer from my previous comments, a very limited booty for the father... 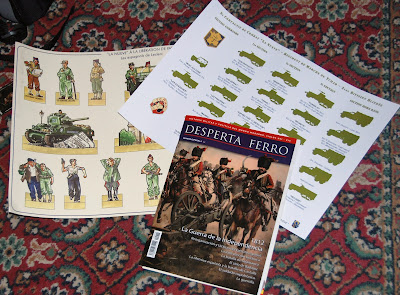 ... a couple of nice prints sold the guys of La Nueve to support his group... 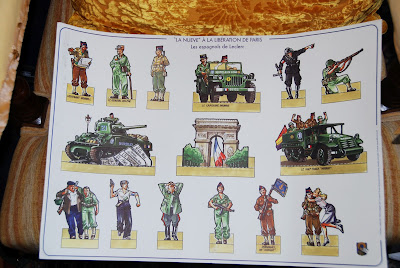 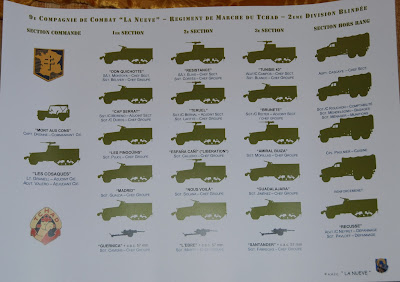 ... and the last issue of "Deperta Ferro" a military history magazine, this time dedicated to the Napoleonic Wars in Spain.

Overall disappointing from the wargaming perspective, but on the other hand it's been a great father & son day and Alex really got a lot of excitment and fun. 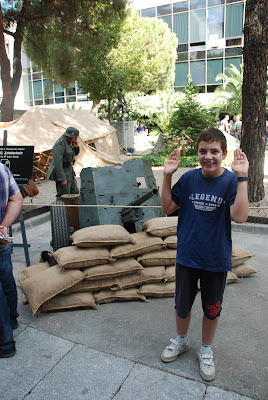