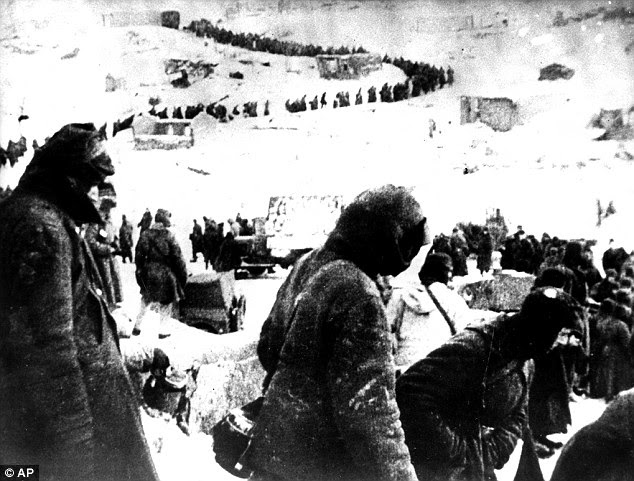 The fifth (and probably final) entry of my Chain of Comand Diary series, occasional posts commenting my impressions while testing the incoming set of skirmish II WW rules by the TooFatLardies.

Topic today: shocks, moral and units resilience...or how every single of your toy soldiers matters
Those acquainted with the TooFatLardies games know that the moral system in the rules is based on the concept of "shocks", reflecting the level of beating that a unit can take before "breaking" away.


Shocks explained
The TFL system differs vs other popular rule sets in the market in two different dimensions:

To clarify, let's illustrate with an example using Chain of Command's rules: a German squad with 8 men and a Junior Leader (say level II) is ordered to attack a position; for the sake of it, let's assume that all are rifle armed, therefore they have 9 firing dice.

If not moving carefully ("tactical move") and caught in the open, the enemy can inflcit severe damage to the unit;  and because of moving fast, the unit will receive 1 shock point from disorder. So assume that in a first round of enemy fire after running, the unit takes 2 casualties and 3 shocks (for a total of 4 shocks now). In its next activation, the number of fire dice will be reduced by 2 because of shocks (1 fire dice less per 2 shock points) less another 2 firing dice for the two casualties, falling to a total 5 firing dice.

Now its your turn. If the  leader is activated, he must decide between ordering fire with 5 dice,  recover 2 shocks with its 2 initiatives (leader level II), or ordering to move out of LOS but with a 4" reduction  (1" per shock)... ah! the burden of command!

If the unit is activated instead, they must chose between remaining idle to recover 1 shock point or trying to get some cover before attempting a rally or firing with severe restrictions... decisions, decisions!!

Pinned explained
Moving fast forward now, assume that the same unit has suffered additional casualties and currently stands at 5 men with 6 shocks (shocks > men). In this situation the unit is "pinned", meaning no moving forward allowed... and firing at 50% effectivenes, in this case:

Therefore, to all effects your unit is hors combat. You better move (if you can, as your movent rate is reduced by 6"!) and reach some cover to attempt to rally.
Broken explained
When the number of shocks duplicate the number of surviving men in a unit, it is then considered broken, and must fell back from the enemy at a rate of 2d6+6", surrendering if surrounded by enemy units and causing shocks to other friendly units if they are overun by the routing unit.

Broken units can recover shocks (for example using a Senior leader commnad initiatives) but will rout and  leave the table if broken by the end of turn.

Force Morale
Chain of Command introduces a new original element in the moral system called the "Force Moral", that attempts to simulate the cohesion and interactions of the whole combat force facing the hurdles of the battlefiled.

Any unit rolls for a morale level at the start of the game, ranging from 8 to 11. Everytime there's a serious setback in the force, this force moral level is reduced by bewtween 1 and 3 points. The meaning of a serious setback is: a fire team wiped out, a full section routed, a leader (junior or senior) wounded or killed, a jump-off point is captured, etc

In my opinion "Force Morale" is a great improvement for the whole moral system. It forces the player to focus on the whole force management: you need to be more cautious when spending units (before, a broken unit has no effect in the rest of your army)  or exposing leaders (who will be now less eager to gain the Iron or the Victoria Cross).

Chain of Command countdown to release: update!
The editing of the rules seems now reaching the final stage, and a new blind tester group  (who were not involved in the previous testing) is now in  play. In the meantime, TFL official blog "Lard Island" has just unveiled the final shots of the rules front cover and confirmed August 21st as the release date. 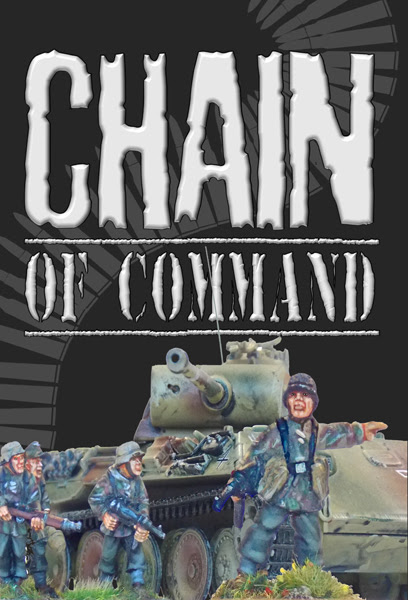 As my fellow blogger and Lardite collegue Mike Whitaker said, despite having played and read to the level of exhaustation Chain of Command since March, I too don't see the moment to grab the physical copy of the book in my hands.

The Chain of Command Diary Series
# 1 Introduction... or when skirmish is really skirmish
# 2 Patrolling and deployment... and no, this not teletransporting
# 3 Command and control...or how the TFL boss caused panic among the Lardy retinue
# 4 Armour ... or how Richard Clarke tamed the big cats to avoid dominating the gaming table
# 5 Morale, shocks and unit resilience... or how every single of your toy soldiers matters