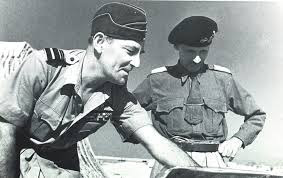 A traditional final year post, taking stock of my activity in the year about to end and describing my plans for the year coming.
First, how I did in 2015 compared to plans... well not good at all, missing most of the marks looking at what I wrote at the end of December 2014:
- The Jarama Campaign for the Spanish Civil War never took place, actually it was not even discussed in the gaming group... I wonder who's idea it was (not me for sure) and why it never took off.
- The El Cid Project for Crescent and The Cross, was supposedly the star project of the year... never took off too... quite bizarre as we (me included) painted models like mad during the first months of the year but it just faded why. Honestly, I cannot remember why we did not pursue the project (must ask my mates). Well ate least I won’t have to invest time in painting Moors next year…
- First World War: the TooFatLardies Xmas Special 2014 with an adaptation for Chain of Command created some excitement but was short lived
So as you see, nil out of 3. But was 2015 a terrible year then? Not at all. On the contrary, gaming wise has been one of my most active periods in years and I have to put marks, I would say 9 over 10.
All our attention was focused in Chain of Command. Remarkably, this was the only ruleset I played in 2015 and for the third year in a row without showing (in me or in my gaming group) any sign of exhaustion... it's clearly the best skirmish Second World War book in the market till now.

There were some changes in the way to approach CoC games: we focused mainly on campaigns instead of standalone games, using the At the Sharp End Supplement; and we stretched the game to accommodate at least two platoons, using the Big Chain of Command (free) supplement provisions.
This year I also participated actively in the play testing of Fighting Season, a CoC-based set of rules for modern asymmetrical conflicts (Afghanistan and Iraq), completing the painting a full British modern infantry platoon. Some disturbing personal issues affecting Richard Clarke forced him to put this project in the fridge, but I hope it will be retaken sometime during 2016.
The cream on the top was the trip to Crisis 2015 in early November. We did a lot of planning in advance and over five days, we were able not only to attend the show (probably the best in Continental Europe) but also to visit several battlefields: Waterloo, Arnhem and Ardennes/Bastogne. One of the best trips I've ever made. What I'm failing is in reporting the trip to the blog: I'm still missing three entries dealing with Arnhem, the Overloon Tank Museum and the Ardennes... sorry guys, I've invested most of my available time in playing.
Conclusions? Probably, never bother to make plans... or even better, be in a continuous planning mode :-)
In any case, what to expect in 2016?
I won't be wrong if I say that 2016 is going to be another Chain of Command year.
And I won't be missing much of the mark if I say that the Eastern Front and the Ardennes will be favourite new game fronts in detriment of Normandy
I would also dare to say that some Napoleonic games will be looming in the horizon. With what ruleset, I cannot say right now. Two of my gaming mates have been involved in the testing of a Chain of Command adaptation to the period ("General Bonaparte meets Chain of Command"), with very promising initial results; but is is true that the project has been somewhat cooled off by the sponsor recently.
Sharp Practice II (the Napoleonic skirmish rules) is being also taunted by Richard Clarke as the next big major project to be released by the TooFatLardies factory, and heavy testing and tweeting has been undertaken since the end of summer. We'll see... nonetheless, we are looking for a ruleset dealing with larger units, still scouting for the right one.
Fighting Season will be one to look at too… if revived
The painting front: I've been involved for the first time in The Analogue Hobbies painting challenge, which started on December 20th. So far, quite fun; and truly put you some discipline to attempt reducing the lead pile. My key project would be a Fallschirmjager platoon for Chain of Command in 28mm, with different supports; and also some Napoleonic units to complement my scoring.
I also play with the idea of completing my IIWW collection with a unit of British paras... this of course emerged when visiting the Airborne Museum at Arnhem; but as I own an American para unit and (hopefully!) will have soon a German para platoon ready to deploy, the British will be a nice addition and full close the circle.
Travelling: nothing planned on a major scale like in 2015. Looking to do a visit to the Jarama  and to the Guadalajara battlefields. Funny that I bothered to travel thousand miles to visit Waterloo and did not find the time to go to these two places, less that 30 minutes driving from home... ironic indeed.
Enough by now. The final word is to thank you for visiting my blog; and specially taking the time to leave a comment, even if brief... it is a personal moral booster when you guys do it, believe me.
I take this opportunity to wish you all and your a

Health and success in your personal and professional endeavours and of course lot of wargaming time!!